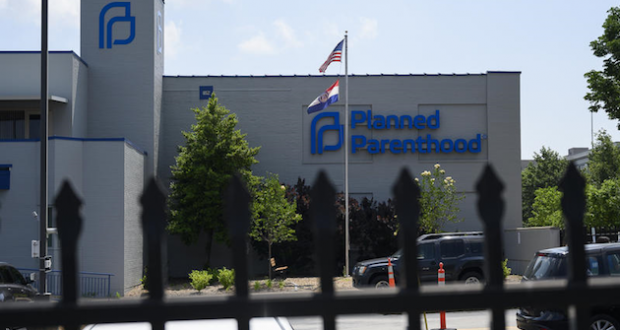 Abortions will continue through August at Missouri Planned Parenthood

Missouri’s last abortion clinic will be allowed to operate until August after a decision today by the Administrative Hearing Commission.  The Planned Parenthood clinic has injured at least 74 women in botched abortions and has routinely failed State Health Department inspections.

The Missouri Department of Health and Human Services (DHSS), which licenses abortion facilities in that state, filed a motion with the Administrative Hearing Commission in opposition to RHS Planned Parenthood’s request to stay their decision to deny the facility an abortion license. RHS Planned Parenthood has asked for Commissioner Sreenivasa Rao Dandamudi, to rule on their Motion to Stay without a hearing today. 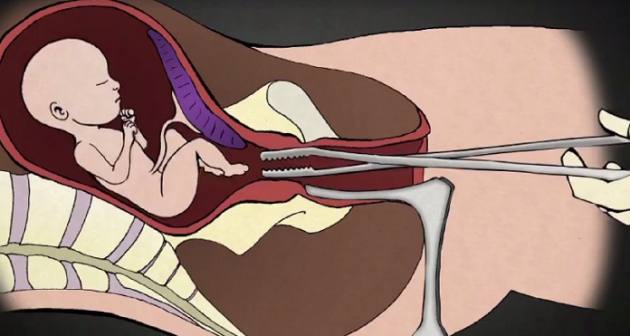 RHS Planned Parenthood has accused the DHSS of acting in an arbitrary and capricious manner in denying their facility license even though they have refused to cooperate with a DHSS investigation of “several troubling instances of patient care at the facility, including one instance where a patient seeking a late-term abortion suffered a potentially life-threatening complication.”

Today, the commission gave the last abortion business another extension and it gets to stay open until August.

The stay, granted by Administrative Hearing Commissioner Sreenivasa Rao Dandamudi, will allow the clinic to continue abortions until at least August.

“We are relieved to have this last-minute reprieve, which means patients can continue accessing safe, legal abortion at Planned Parenthood in St. Louis for the time being. This has been a week-to-week fight for our patients and every Missourian who needs access to abortion care,” Dr. Colleen McNicholas, an obstetrician-gynecologist at Planned Parenthood of the St. Louis Region said in a statement.

State Circuit Court Judge Michael Stelzer granted a preliminary injunction to the clinic on June 10 that allowed it to continue to operate even as the Missouri Department of Health and Senior Services refused to renew its license. He set a deadline of June 21 for the department to make a decision.

The health department again declined to renew the license on June 21. Minutes later, Stelzer during a hearing that his previously issued injunction held. Stelzer extended the order until June 28, which he said would allow time for Missouri’s Administrative Hearing Commission to review the dispute between the clinic and the state’s health department.

The Administrative Hearing Commission on Friday scheduled a hearing for Aug. 1 to review whether the state was right to not renew the license. Dandamudi said there was a “likelihood” that the ruling would be in the clinic’s favor, according to the Associated Press.

The facility in Columbia stopped doing abortions in October after it failed to comply with a state health regulation. Planned Parenthood appealed, but in february, U.S. District Judge Brian Wimes denied its request for a preliminary injunction.

The state requires that abortionists have hospital admitting privileges for patient emergencies and that abortion facilities meet the same basic health and safety standards as other ambulatory surgical centers. Planned Parenthood challenged the law, but Missouri won a victory when the U.S. Court of Appeals for the Eighth Circuit overturned an earlier ruling that blocked the state from enforcing the law.

Since then, the Columbia facility has had to stop doing abortions. In its appeal, it argued to Wimes that the admitting privileges law is an “undue burden” on women’s access to abortion, the AP reports.

Wimes disagreed. He said Planned Parenthood did not provide evidence of substantial burdens or show any attempts to comply with the hospital admitting privileges law, the Columbia Missourian reports.

“[T]he record does not provide a basis in evidence to approximate the number of women who will forego or postpone surgical abortion incidental to the inoperability of the Columbia Facility,” the judge wrote.

He also said increased drive times to abortion facilities are not a substantial enough burden to merit a preliminary injunction.

The abortion facility and the state have been fighting in court since 2015.

Williams, an experienced ob-gyn and director of the Missouri Department of Health and Senior Services, explained the importance of the health regulations to the court in 2018:

After surgical abortions, some complications will be immediate and will require emergency transfer to a hospital from the abortion facility for emergency care. Some complications, both immediate and delayed, will be life-threatening and require hospitalization and/or surgical procedures in a time-sensitive manner. Patient safety is most at risk at the time of complications. Having a physician who can follow the patient from the abortion facility to a nearby hospital where the physician has privileges and can provide the life-saving treatment commonly associated with the usual major complications or timely treatment of other complications is part of the responsibility a physician undertakes when he or she agrees to provide that patient’s elective care. …
When the physician performing the abortion has privileges at a nearby hospital, this provides continuity of care from that physician to whom the patient has entrusted her care, with whom she has an ongoing relationship, and who knows her best. The physician can accompany her to the hospital and be there for her with his or her expertise to immediately treat her complication.
In September, Missouri won a victory when the Eighth Circuit overturned a 2017 ruling that blocked the state from enforcing the law.

A Planned Parenthood facility in Kansas City, Missouri also lost its abortion clinic license last summer after struggling for months to find a new abortionist. Without one, the abortion facility was not able to complete its annual state inspection, a requirement for licensure.

Planned Parenthood also had plans to open abortion facilities in Joplin and Springfield, but it has not been able to meet licensing requirements at those locations either.
–LIfeNews