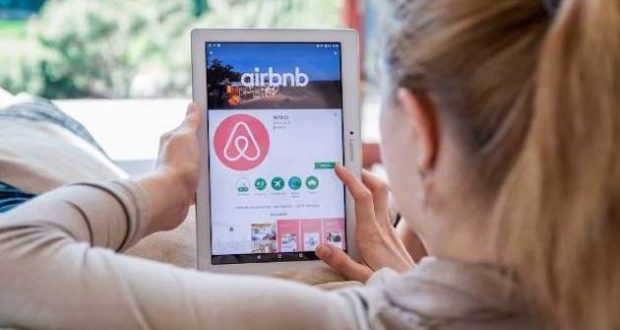 Airbnb is reversing a decision they made last month after entering the political fray of the Middle East and falling flat.

Facing a growing boycott movement and possible lawsuits in the U.S. and Israel, Airbnb announced today that is suspending its ban it has announced in November.

The San Francisco-based online marketplace where property owners and renters can offer fee-for-service hospitality, continues to list Arab-owned properties in the West Bank, which are Muslim and Palestinian-owned, including in Jerusalem proper and its suburbs. Airbnb’s exclusive discrimination against Jewish-owned properties within Jewish settlements in the West Bank was fueled by anti-Jewish rhetoric against Israel from the Palestinian Authority.

The Palestinians consider all Israel-occupied territory, including some in Jerusalem and eastward to the border of Jordan, as stolen property and illegally colonized by Israel following the Six Day War of 1967 in which Israel defeated 6 Arab countries.

Airbnb has said its original decision to ban Jewish-owned properties in the West Bank was not part of the BDS (Boycott, Divest and Saction) movement, urging companies to put pressure on the Jewish state to give up all of its disputed territories.

That contention by Airbnb was a hard sell when they had chosen to ban Jewish homes, but not Arab ones, in disputed Israeli territories. There are currently over similarly 200 disputed territories globally, none of which Airbnb has chosen to discriminate against host properties at this time.

Sarah Stern, Founder and President of the Endowment for Middle East Truth told the Jewish News Service Airbnb’s policy is a “double standard” of “anti-Semitism.”

Airbnb’s previous geo-fencing and targeting of Jewish-owned properties had included east Jerusalem, which contains parts of the Old City of Jerusalem, the Western Wall and some of the most sacred sites of Judaism and Christianity.

Historically and biblically, disputed territories in Jerusalem and the West Bank belonged to Israel for thousands of years. Those ancient boundaries for Israel are described in Genesis 15:8 and 17:8 and included what are now parts of modern Lebanon, Jordan, Syria and Iraq.

In 2000, former Israeli Prime Minister Ehud Barak offered 92% of the disputed West Bank to the Palestinian Authority and the Palestinians walked away from the negotiations.

On November 30th a full-page ad appeared in the Washington Post with the headlines, “AIRBNB: ANTI-SEMETIC BED AND BREAKFAST” and “AIRBNB SAYS … “BELONG ANYWHERE, UNLESS YOU’RE A JEW.”

The ad was placed by The World Values Network, whose Executive Director is American Rabbi Schmuley Boteach. That organization, along with others, is calling for a boycott of Airbnb for their anti-Israel discrimination and singling out of Jews.

According to an article in Forbes.com posted last week, “Several U.S. states are now researching whether the global travel company has broken state laws by prohibiting the listings. Some U.S. cities are calling for a boycott. Airbnb faces multiple lawsuits over alleged discrimination, and U.S. Vice President Mike Pence criticized the move during a keynote at the Israeli American Council conference on November 30, saying Airbnb’s actions had “no place” in the market.”

According to the Israeli newspaper, Haaretz, Airbnb’s Vice-President, Chris Lehane, met with Israel’s Minister of Tourism Yariv Levin on Monday in Jerusalem leading Airbnb to issue a follow-up statement announcing their “policy would not be implemented,” adding that “the company will continue its dialogue with the Israeli government.”

Levin called the reversal of policy by Airbnb “a step in the right direction” and called for “all Israeli citizens” to “get equal treatment.”

Previous: Francesca Battistelli and Andrea Bocelli team up for Christmas duet
Next: The Sacrifices of Caregiving 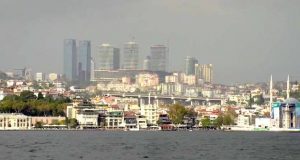