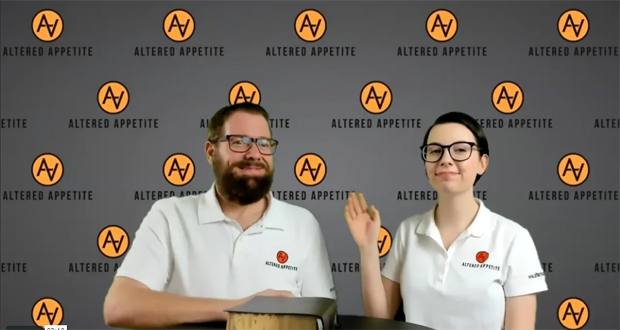 Altered Appetite is a movement with the purpose of igniting revival fire within the hearts and minds of God’s children. Doug Cromer, one of the co-founders, has been a 30+ year food addict. He was so out of control that he ended up reaching his max weight of 420lbs in September of 2017.

Since then God called Doug and began to show him the biblical truths that set him free. These truths have radically changed him from the inside out. They have empowered him to walk in freedom and lose all his excess weight, change his relationship with food, and break all his bad food habits.

God began to show Doug that the appetite he carried was a gift that He gave him. The problem was, that somewhere early on in life, Satan deceived Doug and caused him to turn the God-given appetite toward food rather than God.  He realized that God gave us all appetites so that we would long and hunger for Him, but at some point, we started turning to food for comfort.

The stronghold of food is an enemy that has been unleashed on the modern-day believer. There is no diet, exercise program, or dietary supplement that can break the stronghold of food. Until believers learn to break this stronghold they will be held back from their destiny, their callings, and the effectiveness needed to accomplish their assignments.

Altered Appetite’s mission is to help believers alter their appetites from their idols back to their God. Doug’s idol happened to be food, but this can be anything, alcohol, cutting, drugs, food, sex, shopping, etc. The quickest way to identify an idol is to determine where or what you go to for comfort other than God.

When this monumental shift happens, revival fire breaks out in the believer’s heart.

Altered Appetite will be presenting a one-day conference in Topeka, Saturday, July 6th, at Family of God Church, 1231 NW Eugene St. with a morning and afternoon session.  The conference is free, but with limited seating, registration is required at Topeka.AlteredAppetite.com.

You Can Begin Again needs support for program