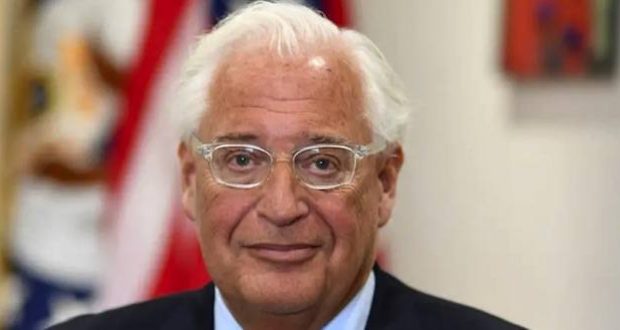 US Ambassador to Israel David Friedman is optimistic about a new peace plan between Israel and Arabs living in the areas of Judea and Samaria – known as the “West Ban.”  Some observers say the proposal will both preserve Israel’s democracy and give Palestinians a chance to flourish in their own state.

“There’s a lot here for everybody,” Friedman stated during an interview in Washington, DC. “It will preserve Israel’s sovereignty over its biblical heartland and it will create an opportunity for the Palestinians to live in peace and dignity and prosperity…We think we threaded the needle. It’s a tough needle to thread but we’d like to think we got there.”

JOIN US: Visit the Holy Land with Metro Voice in June 2020.

Palestinian leadership has rejected the plan outright, saying the United States can’t be trusted as an honest broker. Friedman knew the initial response would not be a good one. “The fact that they’re not jumping for joy right now is not a great surprise to us.” 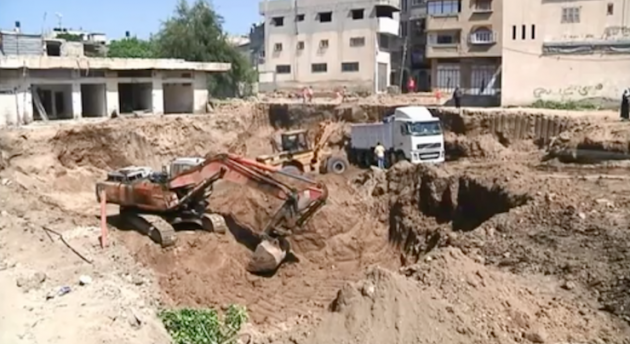 ARAB SUPPORT FOR THE PLAN

For the plan to have any chance of succeeding, the United States is going to need buy-in, or at least hopeful signals from neighboring Arab states. At the plan’s announcement on Tuesday, ambassadors from the United Arab Emirates, Bahrain and Oman were in attendance, something Friedman says is important. In addition, Saudi Arabia, Egypt and Qatar have put out supportive statements encouraging Palestinian Leadership to begin talks. “We’ve put out a plan that’s acceptable in principle to Israel and that has not been rejected, in fact it has been encouraged to proceed by some of the major Arab nations,” says Friedman. The European Union and the United Kingdom have also been encouraging. “The world is looking at this and saying it’s a serious plan. It’s eighty pages.”

While the United States’ plan for Middle East peace includes a two-state solution, Friedman makes clear that Palestinian Statehood will come with conditions, such as efforts to make sure groups like Hamas and Islamic Jihad disarm and stop paying terrorists to carry out attacks against Israelis. “There’s a pathway to Palestinian statehood but it holds the Palestinians accountable,” Friedman says. That pathway has a runway of four years – time for the Palestinians to decide if they’re serious about peace. The plan itself is a serious one even detailing actual territorial dimensions for a Palestinian state. “What this plan does is it presents a hard offer to the Palestinians,” says Friedman.

Israel backs the peace plan in principle. A major disagreement between the two sides has always centered on settlements built by Israelis in the Judea and Samaria regions, areas that much of the international community says are illegally occupied by Israel. Palestinians want the land as part of their future state. It’s known as the West Bank, but for Christians and Jews, it’s sacred land that is part of Israel’s biblical heartland. 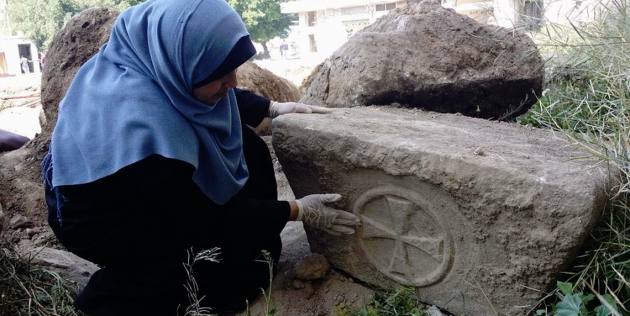 Christians and archaeologists were excited when the ruins of an ancient Byzantine church were discovered in Gaza City. Soon after, the ancient ruins were destroyed by Hamas in what Palestinian Christians are describing as “ISIS-like tactics” with the aim of erasing Christian history.

Ambassador Friedman says the US proposal protects the area in Israel’s favor. “The plan contemplates that the United States will recognize Israeli sovereignty over all the Jewish communities, all the settlements within Judea and Samaria so they will be incorporated into Israel,” Friedman tells CBN News. “No one will have to evacuate their homes.”

The plan also protects Jewish and Christian sites from destruction by Palestinian authorities.

So why did the Trump Administration feel it was important to make sure Israel had final authority and control over Judea and Samaria? “This area is in a very volatile part of the world and the last thing the world needs, the last thing the region needs is a failed Palestinian state overcome by ISIS, al-Qaeda or Hezbollah or somebody else,” Friedman says. “So the fact that Israel retains its military overriding responsibility from the Jordan River to the Mediterranean gives me some comfort both from a political and security perspective but also from a religious perspective, that there is no retreat by the Jewish state from biblical territory.”

CHRISTIAN SUPPORT FOR THE PLAN: ‘Bringing the Bible to Life in New Ways’

Prominent Christian leaders have given their input and guidance to this Middle East peace plan. Overall, they’re pleased with the final result. As for Friedman, an Orthodox Jew, he’s been very pleased not just working with evangelicals but also developing special relationships along the way. “I find an enormous amount I have in common with evangelical leaders and evangelical parishioners,” says Friedman noting among all Christian groups they’re the most supportive of the Holy Land. “They’re believers. They believe in something greater than themselves. They believe in the divinity of the land of Israel and I share that view wholeheartedly. They’re good people. They’re moral people. They run their lives based upon right and wrong, based upon faith, based upon conscience. It resonates with me and I enjoy it.”

Friedman also stressed that the peace plan, as designed, would turn out to be a wonderful blessing to evangelicals because it calls for Israel, not the Palestinians, to control areas that include major biblical sites in cities like Shiloh, Hebron, Bethel and many others. The ambassador says right now it’s impossible to get there and they’re completely neglected. Why exactly? “Because Israel has not yet obtained sovereignty over those territories,” Friedman says. “If they do, and our plan contemplates that Israel will, you’re talking about opening up the Bible, bringing it back to life in ways that I think your listeners couldn’t have even imagined. I mean, imagine ease of travel under Israeli civilian autonomy…it’s an opportunity for biblical tourism that I think will grow and flourish in profound ways.”

Time will tell if the Trump Administration’s peace plan will pan out. What is not in doubt is that President Trump has delivered for the state of Israel time and time again.

What does Friedman think about God placing Trump in office at this crucial juncture in time?

“When it comes to events that transpire, whether it’s in regard to Israel or anything else, I’m a believer. I believe that God runs the World, so that would apply to the president, you, me, and the cameraman so that’s not news to me.”

Friedman wasn’t finished. “I think God puts people in places for certain times at all times.” When asked if President Trump is an example of that, Ambassador Friedman had a simple and direct answer: “He sure is.”

Previous: 25 Best-selling Evangelical books of 2019 listed
Next: Faith In America: Belief And Practice