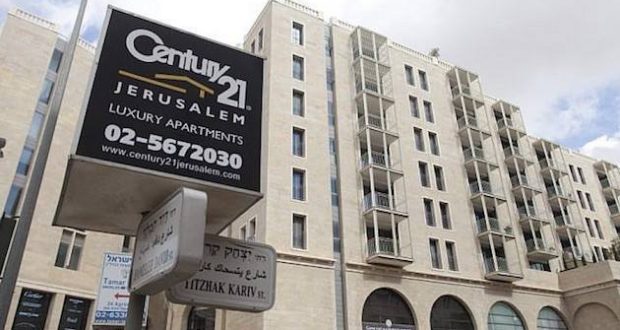 Jerusalem's real estate market is hot yet the Palestinian authority is preventing Arabs from selling their homes to Jewish buyers and imprisoning those that do.

He broke the law but it wasn’t murder, rape or a terrorist act. Nevertheless, he is going to prison for life. A Palestinian-American man was given the severe punishment on New Year’s Eve by a Palestinian court in Ramallah for the crime of selling a home to a Jewish-Israeli organization.

Issam Aqel, 53, is an American citizen with Israeli Residency. According to The Forward, he lives in East Jerusalem and was arrested in October by the Palestinian Authority for selling a house in the Old City of Jerusalem to a Jewish organization.

According to the Jerusalem Post, the Palestinian Grand Criminal Court found Aqel guilty of “attempting to cut off a part of the Palestinian land and adding them to a foreign country.”

The PA’s official propagandist news agency Wafa reported that Aqel was convicted of “selling a house to the enemy in Jerusalem.”

The Jerusalem Post notes that since Aqel is a resident of East Jerusalem, he has an Israeli ID card that prevents him from being arrested by the Palestinian Authority and prosecuted by their courts.

It is unclear exactly how Aqel was arrested.

Some reports say he was arrested during a recent stay in Ramallah. The Forwardreports that Aqel was summoned to Ramallah to “sign paperwork.” However, when he arrived, Aqel was barred from leaving and arrested.

Friedman tweeted in November, “Aqel’s incarceration is antithetical to the values of the US & to all who advocate the cause of peaceful coexistence. We demand his immediate release.”

The Forward also reports that Aqel was tortured in prison. An American official was allowed to visit him and confirmed Aqel had been tortured.

Aqel’s arrest and sentencing highlight the plight of many other Palestinians who are imprisoned, tortured, or even killed by the Palestinian Authority for being “collaborators” with the Jewish State.

In the 1990s and early 2000s, 52 “collaborators” were arrested by the Palestinian government. They were later freed by Israel during Operation Defensive Shield in 2002.

The 52 men sued the PA and were awarded $3.5 million 14 years later by the Jerusalem District Court.