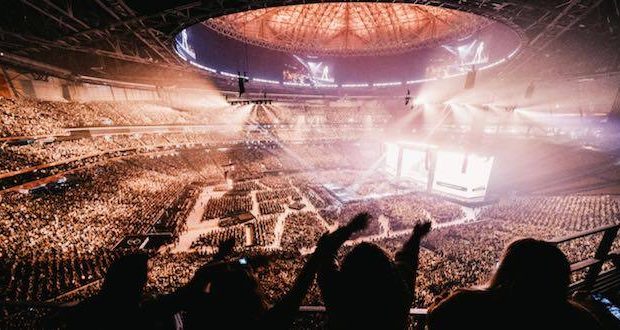 Just over a week after leaders of a Minnesota church were accused of trying to get rid of older adult members from one of their campuses in an effort to attract a younger crowd, a new study from Barna suggests reaching the next generation is one of the biggest problems pastors in local churches worry about today.

When presented with a list of possible challenges facing their church as part of Barna’s State of the Church 2020 project announced earlier this month, just over half of Protestant pastors, 51%, said “reaching a younger audience” is a major issue for their ministry.

Some 34% of pastors ranked the issue as a top three concern for their church while 12% said it was their No. 1 concern.

The church leaders also noted “declining or inconsistent outreach and evangelism” as a major issue which some 50% of respondents agreed is a problem they are grappling with.

More than one-third of pastors say “declining or inconsistent volunteering” is an issue facing their ministry today, with about one-quarter saying it’s one of their top three problems. Similar proportions also expressed worry in regard to “stagnating spiritual growth.”

Some 23% of pastors also cited “lack of leadership training and development” as a major concern facing their church today. Previous studies by Barna showed that some 85% of pastors today are older than 40 and nearly 70% of pastors agree that “it is becoming harder to find mature young Christians who want to become pastors.”

Overall, Barna also found that three-quarters of Catholic priests agree that “reaching a younger audience” is a major issue facing their parish today with nearly half ranking it as their top concern.

Last month, the Grove United Methodist Church leaders in Minnesota, in a plan to attract younger members, created controversy because its older adult members felt they were being pushed out.

Pastor Daniel Wetterstrom explained that regular attendance at the Cottage Grove campus had been struggling with long-term viability with just 30 members.

In response to the problem church leaders decided to employ a strategy known as the “relaunch,” which had been used by other struggling Methodist churches in Minnesota with positive results.

“We, for over the past decade, have struggled,” Wetterstrom said. “Struggled to grow. Struggled to reach people.”

Under the relaunch, the Cottage Grove location is expected to close in June temporarily before reopening in December with a young new pastor named Jeremy Peters to help attract a younger crowd and create an intergenerational church.

That’s not the message longtime member and older adult Bill Gackstetter said he and other older members received, however.

Gackstetter said he and other members were asked to go worship at The Grove’s second Woodbury location, if they would like, for 15 to 18 months after the relaunch as the church transitioned to new leadership.

“It made me feel sick that they would treat other Methodists like that,” Gackstetter said in an earlier report.