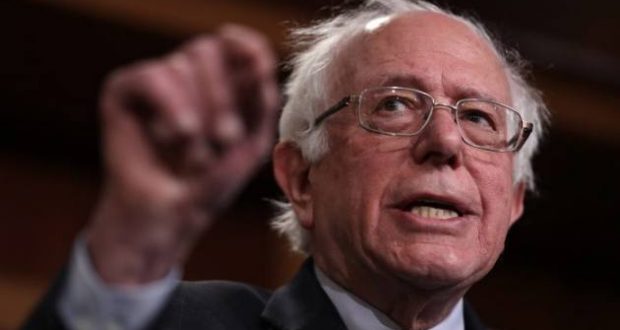 Jesus said the poor will always be with us, which is why the church is commanded to exhibit charity in their care. Bernie Sanders, socialist candidate for the Democrat presidential nomination, disagrees.

Cara Korte of CBS News recently asked Sanders if his wealth tax would diminish charitable spending, to which the Senator replied, “When you raise wages to a living wage, when you end homelessness in America, when you end hunger… Poor people are not going to need charity. They’re going to have dignity.”

Sanders has come under scrutiny from economists for his $32 trillion plan for Medicare for All.

READ: Sanders refuses to say how he’ll pay for $32 trillion in spending

According to the tax plan on Sanders’ campaign website:

Over the last 30 years, the top 1 percent has seen a $21 trillion increase in its wealth, while the bottom half of American society has actually lost $900 billion in wealth. In other words, there has been a massive transfer of wealth from those who have too little to those who have too much. For the sake of our democracy and working families all over America who are struggling economically, that has got to change.

In order to reduce the outrageous level of inequality that exists in America today and to rebuild the disappearing middle class, the time has come for the United States to establish an annual tax on the extreme wealth of the top 0.1 percent of U.S. households.

This wealth tax would only apply to net worth of over $32 million and would raise an estimated $4.35 trillion over the next decade. Anyone who has a net worth of less than $32 million would not see their taxes go up at all under this plan.

The revenue raised under this plan would be used to fund Bernie’s affordable housing plan, universal childcare and would help fund Medicare for All.

Sanders recently tweeted that taxing Bill Gates $100 billion would still leave Gates a “multibillionaire” and could “end homelessness and provide safe drinking water to everyone in this country.”

Not so fast, said Gates, the world’s second-richest man with a net work of around $108 billion. The Microsoft founder doesn’t mind paying “more than anybody” in taxes (around $10 billion), the idea of a massive wealth tax isn’t going over too well. “If I had to pay $20 billion, it’s fine. But when you say I should pay $100 billion, then I’m starting to do a little math over what I have left over,” he said.

But for most people, Sanders, whose own tax records show he has donated little to charity over his career, needs to walk the talk.

Previous: Pastor Francis Chan will move to Asia, challenges other Christians
Next: What is the ‘mission’ in Rescue Mission? How do we care for our less fortunate neighbors?