Home / News / Kansas News / ‘Better call Bob’ Hamilton running as a conservative for U.S. Senate, but tweets show something else 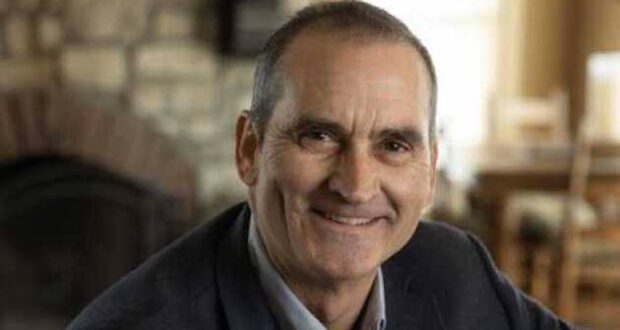 Bob Hamilton, a familiar face from his business commercials, is running for U.S. Senate.

“Better call Bob” is a familiar phrase to people living in the Kansas City metro. The line is from commercials promoting Bob Hamilton – a plumbing, heating, cooling and air-conditioning repair company. Now the Retired Johnson County businessman is joining the race for the Kansas Republican nomination for the U.S. Senate.

“I’m a plumber, not a politician. I have a lot of experience fixing things, and nothing is more broken than Washington,” Hamilton said in a statement.

“In the U.S. Senate I will work to create economic opportunity for Kansas families and businesses every day, I will stand up to the Washington Insiders, fight for conservative values, and work with President Trump to rebuild our nation.

“If you want to drain the swamp, hire a plumber,” Hamilton said.

But Hamilton’s conservatism may be new-found as he attempts to sway Kansas voters.

The website couldbebig.com exposed curious activity on Hamilton’s Twitter account back in February. First, the name of the account was changed to @plumberbobteam from @plumberbob and then tweets supporting everyone from Hillary Clinton to pseudo environmentalist Greta Thumberg and leftist ideas were scrubbed.

Couldbebig wrote that, “Someone must have noticed that Hamilton’s Twitter account was less than 100% conservative. And they started deleting and deleting.” 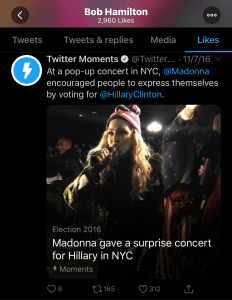 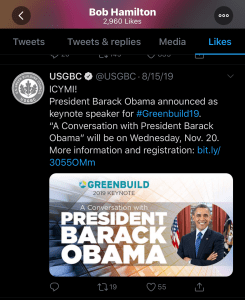 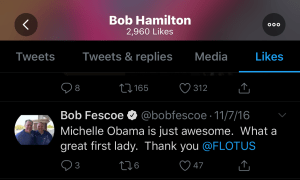 Promoting environmentalist Greta Thunberg who many say has become a tool of the left. 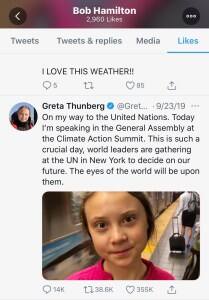 And then, complaints about the 2016 election results fit for a Hollywood A-lister. 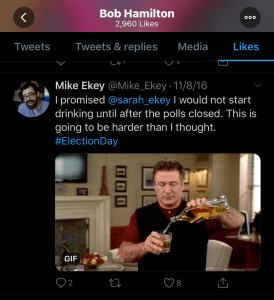 As the campaign heats up, Hamilton’s self-described conservative support for Trump may come under more scrutiny.