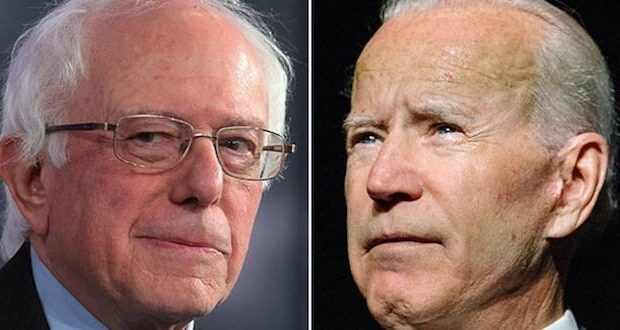 Senior Democrat, 77-year-old Joe Biden had good primary results in a half dozen southern states holding contests on Super Tuesday, but for the biggest prize he came up a loser. His win came on a day in which he couldn’t remember the most famous line of the Declaration of Independence and talked about getting the vote out on Super “Thursday.”

The former vice president, whom some say is experiencing signs of onset dementia, won a majority in states across the South, Midwest, and New England as Democrats in 14 states voted for a challenger to Republican President Donald Trump in the Nov. 3 election.

Biden won in Virginia, North Carolina, and Alabama, adding to his wins across Arkansas, Oklahoma, and Tennessee. He also took Minnesota despite being third in the polls until Amy Klobuchar dropped out on Sunday. She endorsed Biden on Monday.

The Democrat candidate also dealt a humiliating blow to Sen. Elizabeth Warren (D-Mass.) in her home state of Massachusetts, with initial results showing Biden with nearly 34 percent of the state’s vote, Sen. Bernie Sanders (I-Vt.) in second with about 27 percent, and Warren trailing behind in third with a meager 20 percent.

But Warren appeared set on remaining in the race, introducing herself to supporters in Detroit ahead of next week’s Michigan primary as “the woman who’s going to beat Donald Trump.” She encouraged supporters to tune out the results and vote for the person they believed would be the best president, saying, “Prediction has been a terrible business and the pundits have gotten it wrong over and over.”

“You don’t get what you don’t fight for. I am in this fight,” she added.

Vermont Sen. Bernie Sanders seized perhaps the biggest victory of the night in California, according to Associated Press projections. His campaign filed an emergency injunction asking for polls in Los Angeles County to remain open an extra two hours, after reports of huge delays and long lines, Reuters reported.

According to the injunction, “multiple polling locations in the county have experienced extreme wait times for individuals to vote, including wait times up to four hours to cast a ballot.”

Sanders, who also looked to be the runaway winner in Colorado and Utah, is now head-to-head with Biden in the race for Texas, with 60 percent of the vote counted so far, CNN reported.

The night proved disastrous for Mike Bloomberg and appeared to spell the end of his $500 million campaign. After spending millions of dollars on advertising, his only victory was in the U.S. territory of American Samoa.

Bloomberg announced on Wednesday that he would suspend his campaign.

The evening’s biggest winner may have been President Donald Trump. Political analysts say that if Trump faces either Bernie or Biden, he’ll devour them in the three planned presidential debates.