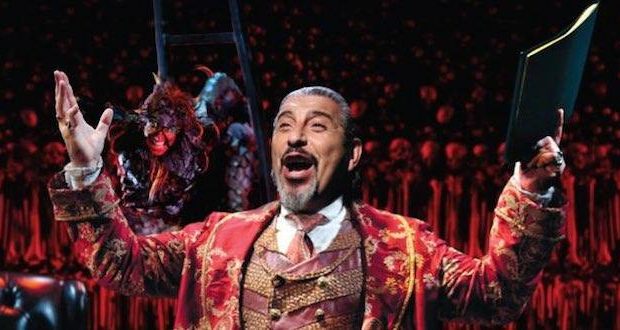 One of the first rules of battle is to know your enemy, and nowhere is that more important than in spiritual warfare.

“The greatest victory of the devil is to convince people that he doesn’t exit, and then he can do the most harm,” said Max McLean, artistic director of Fellowship for Performing Arts in New York City. “C.S. Lewis says, `Oh, no, he exists, and there’s a battle going on in every choice you make.’”

Fellowship of Performing Arts will present its acclaimed adaptation of Lewis’s The Screwtape Letters on April 12-13 at the Kauffman Center. The production has been seen by more than a half-million people nationwide and has received rave reviews from the Associated Press, The New Yorker, The Boston Globe and other leading publications. McLean, who performed C.S. Lewis: The Most Reluctant Convert in Kansas City a year ago, believes in the power of theater to provoke thought.

“The primary reason why Christians should be involved in the arts is because the arts are so influential in shaping our culture,” he said. “The Christian community, outside of music, has for the most part abandoned the arts. It’s not a conscious thing; it’s more to the point that we don’t encourage or educate our young to go into it.”

Not only should Christians engage in the arts, he said, but they also should strive for excellence. 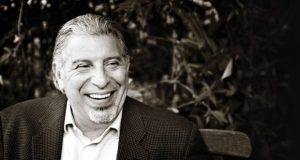 “I was an adult convert to Christianity and already was in the theater world, so I didn’t get the memo that Christians aren’t supposed to be actors,” McLean said. “Because I already was there, I thought, `How do I integrate my faith with my work?’

“That’s a really big part of what I do. When you are in New York, that’s where the best acting companies are, where the great designers, actors and producers are. It really makes you step up your game. You have to keep pushing against the best. It’s an iron-sharpens-iron approach.”

Fellowship for Performing Arts carefully selects source material that will both entertain audiences and stimulate thought.

“If you don’t entertain – and by entertain, I mean engage – whether it be by humor or provocative thought, it really doesn’t matter what else you do, because you’ve lost your audience,” he said. “You want to get material that engages people, and we focus on that. Once we do that, we have to execute it to highest level our budgets will allow to reach the kind of audience we want to reach.”

McLean’s research led him to the writings of Lewis.

“I was drawn to him because he was an atheist and had to work his way through to Christianity,” he said. “He worked his way through rationally, and it gave him a vibrant faith. Having been an unbeliever, he remembered what that was like.

“He had this phrase, `In order to communicate Christ, you have to steal past watchful dragons.’ What he means is that you have to navigate the prejudices and stigmas that are attached to it. You have to engage the mind in a way to get past those watchful dragons. Lewis shows me how to do that.” 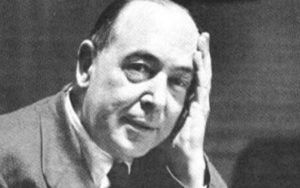 The Screwtape Letters is one of those books that many people purchase but never quite finish reading because of its complexity. “Our play makes it much more accessible and shows people how to navigate in it,” McLean said. “One of the great benefits of seeing our play is that people are inspired to go back and read the book, and they get so much more out of it.”

The production delves into how the predator, Screwtape, pursues his prey, a human known as the patient.

“One story arc is about the patient, who begins the story indifferent to Christianity and spiritual things, but by the end of the play is really devout,” he said. “This is in spite of the fact that Screwtape is really trying to ruin him. It’s a way of how spiritual warfare works that Lewis wanted to articulate.

“The other arc is what happens to Screwtape, who begins the play as this master of the universe character who loves the way he looks, loves the way he talks, loves the way he dresses and is the smartest guy in the room, but at the end of the play is a defeated devil. That’s an entertaining story arc that is driven by the real protagonist, who is Screwtape’s unseen enemy, God.”

McLean hopes the message will stay with audience members long after the curtain drops.

“When people leave the theater and go home,” he said, “the first thing I want them to say is, `Boy, I had a good time. It was very entertaining. That was so insightful. That was really a fun evening at the theater’. As a result of that, I think they are going to have freer conversations about the reality of spiritual warfare. “

Fellowship for Performing Arts will perform The Screwtape Letters at 7:30 p.m. on April 12 and 4 p.m. on April 13 at the Kauffman Center. Tickets are $39 to $59 and are available at www.CSLewisonStage.com; by calling (816) 994-7222; or at the Kauffman Center box office. For more information about the local performances, please visit https://fpatheatre.com/tour/k ansas-city-tsl-2019/ . Find out more about Fellowship for Performing Arts at www.FPAtheatre.com.