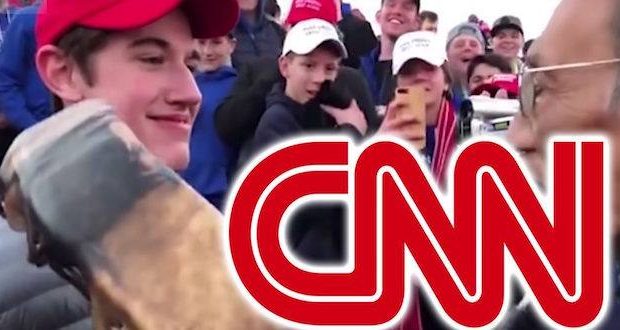 Nick Sandmann is victorious against CNN.

A high school student, defamed by CNN on national television, has forced the cable company into a settlement after suing for $275 million.

CNN chose to settle  the defamation lawsuit brought against it by Nick Sandmann, a student at Covington Catholic High School. The settlement amount wasn’t made public during the Jan. 7 court hearing in Covington, Kentucky, Fox19 reported.

Watch the video produced by Sandmann’s lawyers explaining the case:

Observers say it could be in the tens of millions.

The defamation suit was filed on March 12 by Sandmann’s lawyers and demanded $275 million in damages, alleging that “CNN brought down the full force of its corporate power, influence, and wealth on Nicholas by falsely attacking, vilifying, and bullying him despite the fact that he was a minor child.”

CNN and the Covington student

The lawsuit stems from a Jan. 18 incident that took place after the March for Life anti-abortion event in Washington. Sandmann and other students from the religious private school in Kentucky were waiting for their bus near the Lincoln Memorial when they were approached by several Native American activists.

The encounter was extensively covered by media using short video clips that made it appear as though the students were chanting and cheering in mockery of one of the Native American activists, 64-year-old Nathan Phillips.

Some of the students were wearing hats with President Donald Trump’s campaign slogan “Make America Great Again” — a fact emphasized by various media.

Longer video footage of the incident showed the students began to cheer and chant their school chant in response to offensive remarks sent their way by a small group of Black Hebrew Israelites nearby.

While Phillips told media outlets that the students had surrounded and harassed him, the footage showed it was he who approached them, inserted himself into their crowd, and, for several minutes, banged his drum within inches of the face of Sandmann, who responded by standing silently with a smile.

“Contrary to its ‘Facts First’ public relations ploy, CNN ignored the facts and put its anti-Trump agenda first in waging a 7-day media campaign of false, vicious attacks against Nicholas,” the suit stated.

The network ran 43 minutes of coverage on the Covington incident over the first two days, the Media Research Center (MRC), a right-leaning media watchdog, reported.

It took CNN a week to initially tell its viewers about the lawsuit, according to MRC.

Sandmann is also suing The Washington Post and NBC Universal for their coverage of the incident, demanding $250 million and $275 million respectively.

One of Sandmann’s lawyers, Todd McMurtry, didn’t immediately respond to a request for comment. Neither did CNN.

Previous: Local pastor calls on one million people to pray and fast the first month of the “Roaring Twenties”
Next: Australian scientist: Poor brush management, not global warming, cause of fires