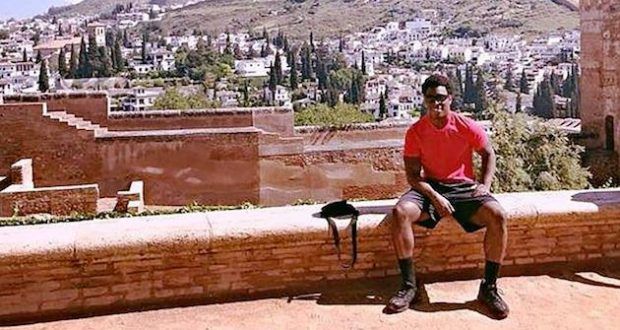 College student Chike Uzuegbunam is in court to defend his right to share the gospel on his campus.

College student in court to defend right to share Gospel

The Alliance Defending Freedom will go before the US 11th Circuit Court of Appeals Tuesday to defend a former college student who was silenced while trying to share the gospel with fellow students at Georgia Gwinnett College (GGC).

School administrators repeatedly silenced student Chike Uzuegbunam in 2016 when he tried to pass out Christian literature on campus and talk to students about his faith.

The school stopped him and said he was violating their speech zone policy which required him to ask three days in advance for permission to speak, limiting him to two small speech zones on campus.

Uzuegbunam agreed to these conditions but he was still prevented from sharing his faith because they saw it as “disorderly conduct”—defined as any expression “which disturbs the peace and/or comfort of person(s).”

GGC has since amended its speech zone policy, and the US District Court for the Northern District of Georgia, Atlanta Division, ruled that students are now permitted to speak in any outdoor area of the campus.

“While that’s good news, it doesn’t vindicate our clients’ rights. The district court ignored how GGC officials repeatedly censored Chike and the impact this had on Joseph. Those officials shouldn’t be allowed to get away with creating and enforcing policies that trampled the constitutionally protected freedoms of students,” Barham said in a statement.

ADF hopes the federal court will hold the school accountable.

“Students don’t check their constitutionally protected free speech at the campus gate,” said ADF Senior Counsel Tyson Langhofer, director of the ADF Center for Academic Freedom. “Though we’re encouraged that GGC eliminated its unconstitutional speech code, and that the court ruled students can speak freely on campus, we need to ensure that the wrong done to our clients is righted.”