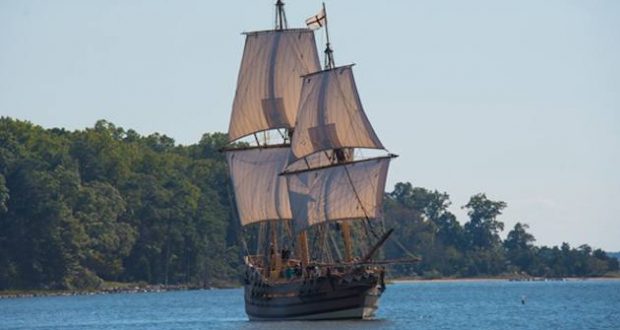 Should Columbus be relegated to the trash heap of history? A new poll finds that 4 in 5 college students support dropping the the holiday that honors the Christian explorer in favor of “Indigenous People’s Day.”

“I don’t think this poll is really that surprising when you consider what young people are being taught today in their classrooms,” Spencer Brown, representing Young America’s Foundation, told Fox & Friends First.

The poll surveyed 1,500 students with 79% being in favor of a new holiday.

READ: Move on to replace St. Louis statue of Columbus

For two hundred years, America’s children have learned about Columbus’s discovery of North America, and his three ships that sailed the ocean blue in 1492. That was K-12. As they enter liberal universities, generations of college students have also been subjected to “progressive” professors who claim America was founded out of greed, skipping right past its religious foundation. Research into those college courses finds they also criticize capitalism, the Founders and the West itself – often aligning with socialist or even communist views as the preferred model for civilization. But they also accuse Columbus of committing horrendous violence against the Indians who had also migrated to North America from Asia. Those accusations against Columbus are not born out by the facts

READ: Christopher Columbus the Christian. What you need to know

Columbus Day celebrates “colonialism, oppression, and injustice inflicted on Indigenous peoples,” the president of Navajo Nation said of the holiday, Newsweek reported in a story about the college poll.

The same Newsweek story noted, however, that not all students are buying what their professor is selling. Only 22 percent of students who identified as Republicans agreed with swapping the holidays while 88 percent of Democrats on campus supported it.

According to Newsweek, states that have opted to celebrate those who were here before Columbus include South Dakota, Minnesota, New Mexico, and Vermont.

Brown told the Fox News program the poll numbers show students are not getting a “complete education” or the “full history” of historical figures such as Christopher Columbus.

“And, I think, what we see,” he warned, “is just this ongoing push, you know, with cancel culture and other things, to sort of demonize western civilization and its founders.”

He also predicted the twisting of U.S. history will continue, and worsen, until enough people stand up and force it to change.

Previous: What to look for when visiting an elder in senior housing
Next: Hazel Hill Chocolate joins with Grape Escape at TPAC