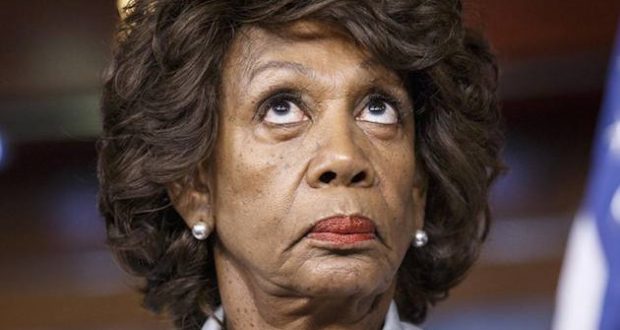 Congresswoman says God sent her to impeach the president

The fallout continues 0ver Rep. Maxine Waters (D-Calif.) who, on Sunday, suggested in a church sermon in Los Angeles that she’s on a divine mission from God Himself to stop President Trump, blasting the Commander-in-Chief on a range of issues. The long-time incumbent has been one of President Trump’s most outspoken critics, recently going so far as to encourage people to publicly target for abuse members of the Trump administration.

Addressing the congregation at First AME Church in Los Angeles, Waters said about impeachment, “You’ve gotta know that I’m here to do the work that I was sent to do, and as pastor said to me when I came in this morning, ‘When God sends you to do something, you just do it!’” she exclaimed to cheers from the crowd.

“So, I have a message. I’m going back to Washington tomorrow morning. I’m going to tell them pastor told me to come here and just do it!” she concluded.

Waters told the congregation that “Russia elected this president,” then blasted Trump for his private meeting with Vladimir Putin and his stance toward NATO.

“We never dreamed we’d have someone in the White House who was divisive, who could not tell the truth, and who was intent on not making America great again, but taking America down!” she said.

Waters also criticized Trump’s policies on health care and the separation of migrant families at the Mexican border.

Just last week, a group of demonstrators burned and stomped on an American flag outside Waters’ L.A. office while shouting, “America was never great!”

The protesters had showed up to counter a planned demonstration against Waters by the Oath Keepers, but the far-right group ended upa  no-show.

Previous: President secures return of the remains of 55 American soldiers from North Korea
Next: Public Health Warning Issued for Kansas Lakes Due to Blue-Green Algae