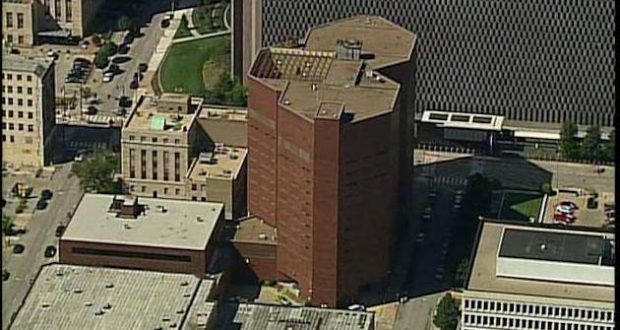 A former Jackson County detention officer has been sentenced to federal prison for smuggling contraband cellphones and other items to inmates in the jail.

Twenty-seven-year-old Andre Lamonte Dickerson, of Kansas City, was sentenced Friday to one year and four months in federal prison.

He pleaded guilty in April to two counts of using a telephone with the intent to further illegal activity.

In his plea, Dickerson admitted that he took a $500 bribe to take the phones and cigarettes into the jail.

He also told the inmate who received the items that for a $2,500 monthly fee, he would provide cigarettes, drugs and phones.

Prosecutors say a corrections official found Dickerson’s phone in a control station, and investigators discovered text messages about drug deals between the guard and inmates.

READ HOW MINISTRIES ARE HELPING INMATES ADJUST AFTER RELEASE

Previous: US is cutting funding to UN for Palestinians
Next: AG Josh Hawley sues over duck boat tragedy