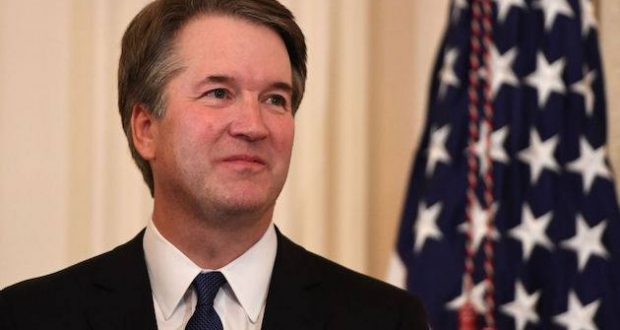 Christine Blasey Ford, the woman accusing Supreme Court nominee Brett Kavanaugh of sexual misconduct, has rejected Friday’s deadline and asked for one extra day to decide if she will testify in the Senate.

The news comes on the same day as democrats gathered for a press conference to condemn Kavanaugh where a Sen. Mazie Horono screamed that she wanted all men in the country to “shut up.”

In a terse letter to Senate Judiciary Committee Chairman Chuck Grassley, Ford’s lawyer, Debra S. Katz, wrote, “The imposition of aggressive and artificial deadlines regarding the date and conditions of any hearing has created tremendous and unwarranted anxiety and stress on Dr. Ford.”

“Your cavalier treatment of a sexual assault survivor who has been doing her best to cooperate with the Committee is completely inappropriate,” she charged.

Grassley acquiesced, granting Ford’s request in a tweet sent just before midnight Friday. It was the fourth extension of a Senate rules deadline made available to Ford.

“Judge Kavanaugh I just granted another extension to Dr Ford to decide if she wants to proceed w the statement she made last week to testify to the senate,” Grassley wrote. “She shld decide so we can move on  I want to hear her.  I hope u understand. It’s not my normal approach to b indecisive.”

“With all the extensions we give Dr Ford to decide if she still wants to testify to the Senate I feel like I’m playing 2nd trombone in the judiciary orchestra and Schumer is the conductor,” he added.

Ford’s attorneys say she may testify in the Senate, but only if her conditions are met.

Her legal team has made an offer to senators and now both sides are trying to work out the details, but the Senate Judiciary Committee is not likely to accept all of her terms.

Ford is open to testifying before the Senate Judiciary Committee on Thursday. She accuses Judge Kavanaugh of sexually assaulting her when he was 17 years old, saying he groped her and tried to tear off her clothes before he was stopped.

Here are some of her conditions before she’ll agree to testify:

Sen. Grassley (R-IA) described some of his efforts to meet Ford’s requests saying, “We offered one more closed session or two ways of doing it by transcript.”

A GOP spokesman for the panel said the details are still being figured out, noting Grassley “remains committed to providing a fair forum for both Dr. Ford and Judge Kavanaugh.”

In a letter to the committee, Kavanaugh writes he wants a hearing as soon as possible to clear his name. “Since the moment I first heard this allegation,” he writes, “I have categorically and unequivocally denied it. I remain committed to defending my integrity.”

President Trump is standing by his nominee, praising him during a campaign rally in Nevada. The president has defended Kavanaugh as a man of integrity, but he has been careful not to criticize Ford.

“Brett Kavanaugh is one of the finest human beings you will ever have the privilege of knowing or meeting,” Trump said.

The president has expressed sympathy for what Kavanaugh is going through, but he also maintains Ford should be heard. “So we’ll let it play out, and I think everything is going to be just fine,” he said.

Since Ford’s allegations surfaced, both she and Kavanaugh have received threats. And behind the scenes, both Republicans and Democrats are calculating how this is all playing politically with just about six weeks to go until the midterm elections.

Meanwhile, Democrats say if Kavanaugh is confirmed and they win control of Congress in the upcoming elections, they plan to launch investigations to possibly impeach Kavanaugh.

Rep. Eric Swalwell (D-CA), a member of the House Judiciary Committee, said on Fox News, “If the Republicans rush through a nominee where you have unanswered sexual assault allegations, I can promise you that Democratic senators will be interested in going and looking at those allegations, and if Judge Kavanaugh lied under oath, you could see a judicial impeachment.”

Sen. Sheldon Whitehouse (D-RI) made a similar statement about plans to investigate Kavanaugh if Democrats win control of the Senate.

“I just want to say to the men in this country: Just shut up and step up. Do the right thing for a change,” she said.

During Kavanaugh’s confirmation hearing, Hirono had asked if he “made unwanted requests for sexual favors” or committed sexual harassment since he became a legal adult. That was before any public accusations had been made against Kavanaugh, and before Senate Democrats revealed they had received anonymous accusations against him.