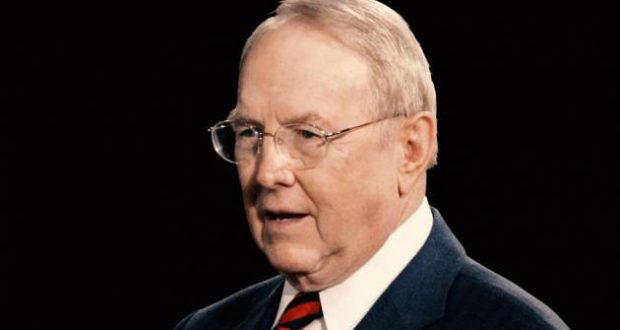 While the Trump administration continues to ask Congress for funds to deal with overcrowded migrant camps along the southern border, one Christian leader says media reports aren’t telling the whole story.

Focus on the Family founder James Dobson visited the camps this week and says the media has not been “truthful” in its reporting on the issue.

Dobson, a psychologist who also founded Family Talk Radio, sent his July newsletter (read his letter here) to thousands of friends and supporters to share his firsthand account of what he saw at an immigration detention center in McAllen, Texas.

READ: Dr. Dobson’s letter describing what he experienced at the border

As conservative evangelical leaders have been kept informally engaged in various aspects of the Trump administration, the 83-year-old said he was invited on the trip several weeks ago by the White House as federal agents “are struggling to deal with a massive influx of poor and destitute human beings.”

Dobson said he promised U.S. Custom and Border Patrol agents that he would “go home and tell as many people as possible what I had seen ‘up close and personal.’”

“Please believe me when I tell you that the media and leftist politicians have not been truthful about what is going on there,” Dobson stressed. “It is a human tragedy.”

He said that about 5,500 people arrive every day in districts organized along the U.S. border with Mexico. According to Dobson, McAllen is the “busiest and most besieged” of all the districts.

“The ‘refugees’ arrive exhausted and ragged from walking hundreds of miles. Among them are large numbers of children, many of whom are unaccompanied by a caring adult. Last year, 382,000 aliens were apprehended for illegally crossing into this country and almost 100,000 of them were minors,” Dobson explained.

“Some of the kids have been abused along the way. Many of them carry lice, scabies or other diseases. Currently, the facility I visited is experiencing a flu epidemic, and there are no additional beds on which to lie.”

Dobson added that some of the migrant women have been raped, and at least 70 people of varying ages are sent to hospitals every day along the border. He stressed that doctors and medical staff are “overwhelmed” by their patient load. 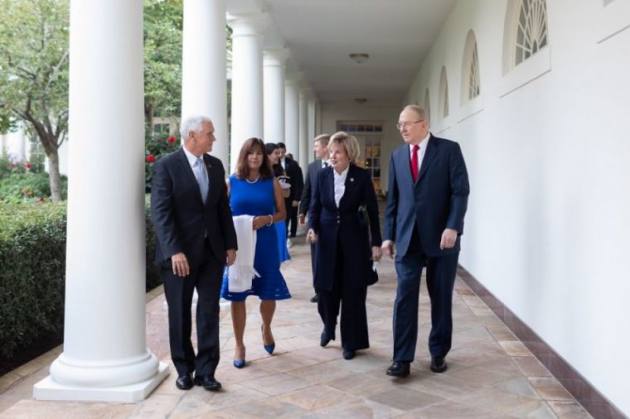 Vice President Mike Pence (L) and his wife, Karen, walk with James Dobson (R) and his wife, Shirley, prior to a dinner with over 100 evangelical leaders at the White House in Washington, D.C. on Aug. 27, 2018.

“Remember that word, ‘overwhelmed,’” he wrote. “It describes every aspect of the effort to deal with the situation there.”

Dobson explained that the most “heart-wrenching experience” from his visit occurred during a tour of the holding area at McAllen, which he described as a huge “gym-like building” that is comprised of several fenced-in areas.

“Each one is crowded with detainees standing or sitting shoulder-to-shoulder on benches. They stared out at us with plaintive eyes,” relayed Dobson. “I noticed that almost none of them were talking to each other. The children looked traumatized and frightened. Tears flooded my eyes as I stood before them. They had no toys or dolls, except for a few items bought by compassionate border patrol agents.”

One of those items, he said, was a doll that a little girl was holding that was bought for her by a patrol agent.

“There are few provisions made to accommodate the children. The week before we were there, a delegation of agents went to meet with members of Congress and begged them for additional money to buy Pampers, toothbrushes, and other necessities,” Dobson wrote. “They were turned down flat. These meager supplies have to be purchased with the border patrol budget, which is stretched to the limit.”

Dobson added that he is among the “majority of Americans” who want to see the border “closed to those who enter illegally,” saying there “has to be a better solution.”

“I have wondered, with you, why the authorities don’t just deny these refugees access to this nation. Can’t we just send them back to their places of origin?” Dobson wrote. “The answer I received was ‘No.’”

According to Dobson, only 10 percent of the detainees are Mexicans, while migrants from over 127 countries have come to the southern border this year alone.

“They speak their native tongues, which means they can’t be understood by each other or the staff. What are we to do with them? The Mexican government will not take them back, and there is no place to send them,” he explained. “Our current laws do not permit us to repatriate them to their country of origin. This is a disaster with no solution or projected conclusion.”

Dobson stressed that many migrants and asylum seekers sell their possessions to pay “coyotes” to guide them into the country.

“I was told that some of the vulnerable children are ‘recycled’ repeatedly to help men gain entry to this country,” he said. “An unknown number of these men are hardened criminals and drug runners, and they are difficult to identify. Most make their way across the border.”

“I have been under the impression that these would-be immigrants try to cross the Rio Grande River and outrun or evade the agents. That is not true of most. They come in large groups, from 100 to 400 people at a time. As I write this letter, a record 1,200 people arrived together at El Paso,” Dobson continued.

“The refugees quickly give themselves up to agents. That is why they have made this journey. They know they will be fed, medicated, and treated humanely, even if they are in holding areas while they are in our custody. Then they will be released on American soil.”

“It is a well-known fact that President Obama’s administration established many of these unworkable policies, and Congress is steadfastly unwilling to change them,” Dobson asserted.

President Trump and Republican leaders have been asking the Democrat controlled House to budget additional money and resources to handle the influx of migrants. Until this week, House Speaker Nancy Pelosi had refused to do so but with growing public anger towards Democrats, finally agreed to hold a vote on the issue.

On Thursday, the Democrat-controlled U.S. House of Representatives finally voted to approve a Senate-passed measure that would provide $4.6 billion to address the surge of migrants coming to the border. The measure will be sent to Trump’s desk to sign.

Dobson rebuked Democrats for speaking about compassion while withholding the funds to administer it.

“Every effort at reform has been overridden or ignored. It is set in stone. Democrats want massive numbers of immigrants who will someday become voters. Some Republicans support the policies because they want cheap labor for agricultural purposes. The border could be fixed, but there are very few in authority who seem to care.”

As the administration took much heat after reports showed migrant children being detained without toothbrushes and basic sanitary items, Vice President Mike Pence stressed earlier this week that Democrats were to blame for the condition facing migrant children.

Pence said that the Trump administration tried to negotiate for “more bed space” during the federal shutdown but Democrats in Congress turned down such a request.

“The children come first. At the end of the day, we have to make sure that the resources needed to protect the children are available,” House Speaker Nancy Pelosi of California, wrote in a letter to Democrats, according to CNN. “Therefore, we will not engage in the same disrespectful behavior that the Senate did in ignoring our priorities. In order to get resources to the children fastest, we will reluctantly pass the Senate bill.”

Dobson also said in his letter that Trump’s border wall is “urgently needed.”

“He seems to be the only leader in America who comprehends this tragedy and is willing to address it,” Dobson said. “Those who oppose him do everything they can to impede his effort.”

Previous: ‘We can’t save him:’ Randy Travis fought back from coma
Next: James Dobson letter explains his border investigation