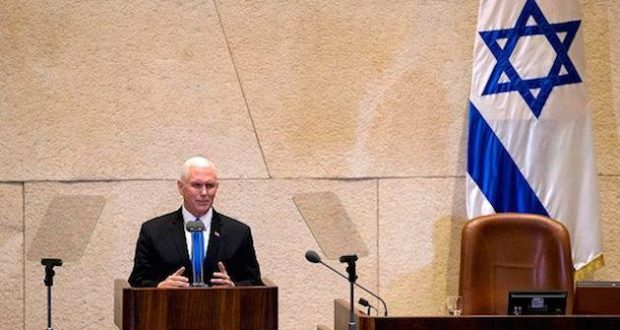 Embassy move to Jerusalem set for 2019

Following through on a campaign promise that has eluded several presidents, Vice President Mike Pence announced that the U.S. embassy in Israel will move from Tel Aviv to Israel’s capitol of Jerusalem in 2019. This fulfills the campaign pledge of President Trump and the 1995 Congressional vote mandating the move.

“Jerusalem is Israel’s capital – and, as such, President Trump has directed the State Department to begin initial preparations to move our embassy from Tel Aviv to Jerusalem,” stated Pence.

Pence made the announcement this week at the Knesset, the Israeli parliament. During his address to the Knesset, Pence said that the Trump administration was committed to moving the US embassy from Tel Aviv, and that the new embassy would be opened up before the end of 2019. The Vice President did not, however, provide any details as to the location of the new embassy or a precise date.

Israeli Prime Minister Benjamin Netanyahu thanked Pence for standing up for the “truth” and supporting Israel at the United Nations. He said the U.S. and Israel have a “shared destiny.”

Netanyahu said President Trump’s decision to recognize Jerusalem as the country’s capital last month was one of the most historic in Israel’s history.

Palestinians and Arab Israelis boycotted Pence’s visit after Trump broke with decades of U.S. policy by announcing the embassy move.

Arab lawmakers were told to leave Israel’s parliament for heckling Pence at the beginning of his speech.

Israel sees Jerusalem as its “eternal” capital and Palestinians claim east Jerusalem as the capital of their future state.

Previous: Dead Sea Scroll translation sheds light on festivals Jesus celebrated
Next: God will carry us through the hard times