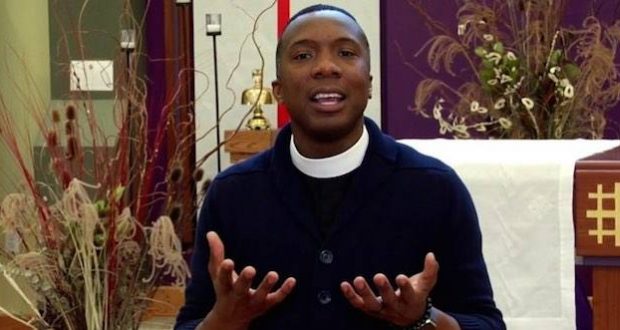 The Episcopal Diocese of Missouri last weekend elected a gay married man as its next leader. The vote was held during the annual convocation at Christ Church in St. Louis.

Appearing by video with his husband shortly after the results were announced, the Rev. Deon K. Johnson was momentarily speechless from the applause, according to the St. Louis Post-Dispatch.

If Johnson gains the necessary consents, he will be consecrated in April 2020. The election breaks the denominations own long-standing guidelines pertaining to gay clergy in which the 1998 Lambeth Conference statement says homosexual practice is “incompatible with Scripture.”

“Thank you so very much for this awesome responsibility,” said Johnson, who currently lives in Brighton, Mich. “We are so looking forward to continuing this adventure that God has called us to with you and the amazing people that make up the diocese.” 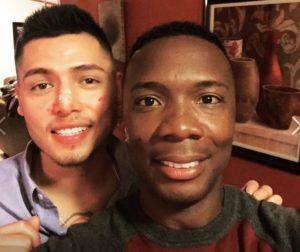 Johnson emigrated from Barbados to New York when he was 14. He went on to graduate from the General Theological Seminary of the Episcopal Church. He first served as associate rector of Christ Church in Shaker Heights, Ohio, near Cleveland.

“This vibrant, multicultural and multiethnic community ignited my passion for social justice and inclusion for those on the margins of the church and society,” he said. “Their steadfast reaching out to the community, giving voice to community needs and incorporating different cultures into worship was an important part of my formation for the priest that I am today.”

Preaching at the Sunday service at Christ Church Cathedral on Sunday, the Rev. Kathie Adams-Shepherd said “A new season is ahead,” she said. “It won’t be easy, nor will it be without its pains and its heartaches and its challenges. However, we will set out together with a young, energetic, wise and faithful shepherd. It is full of hope for all of God’s people.

The election is not without considerable controversy within the dying denomination. Social media exploded with current and former Episcopal members weighing in.

“I’m baffled that many Episcopalians don’t seem to connect the dots regarding the church’s condoning homosexual marriage and clergy with the declining numbers in their church,” stated one person online. ‘Have nothing to do with the fruitless deeds of darkness, but rather expose them. 12 It is shameful even to mention what the disobedient do in secret.’ Ephesians 5:11. I’m sorry to see so many denominations falling to recent social engineering.”

Traditionalist bishops from numerous large  churches from around the world have vowed to boycott the April conference over the invitation of non-celibate gay bishops, whose consecration contravenes the 1998 Lambeth Conference statement “rejecting homosexual practice as incompatible with Scripture.” Those traditionalist bishops plan to assemble at an alternate bishops’ gathering scheduled in Kigali, Rwanda for June 2020 and sponsored by the conservative Global Anglican Future Conference (GAFCON) which follows Biblical directives on sexuality.

If Johnson obtains the required consents, he will be consecrated by Presiding Bishop Michael Curry at a service scheduled to take place at St. Stanislaus Polish Catholic Church of St. Louis, Missouri. The host congregation, which split from the Roman Catholic Church, was in conversation with the Episcopal Diocese of Missouri about becoming an Episcopal parish, but recently decided to remain independent.