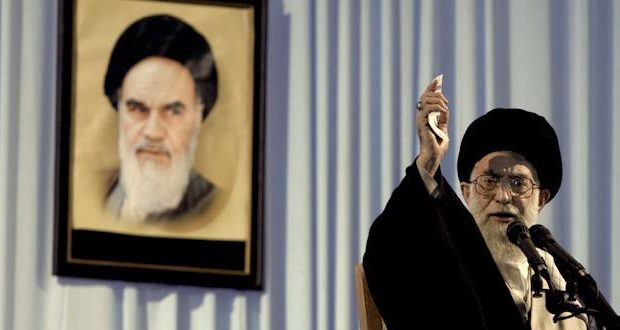 Facebook cracks down on anti-Israel pages based in Iran

Facebook has removed pages originating in Iran and Russia that aimed to stir up anti-Israel sentiment and hatred of Jews on the social media platform.  Nathaniel Gleichery, head of Cybersecurity Policy for Facebook, made the announcement on the company’s Newsroom page that it has removed coordinated inauthentic behavior that also included pages originating in Russia.

Stating that Facebook is “constantly working to detect and stop” those who use its services in order to manipulate users, the company said that the fake accounts were created with the intent to misrepresent their true purpose.

“Today, we removed four separate networks of accounts, Pages and Groups for engaging in coordinated inauthentic behavior on Facebook and Instagram,” read the statement. “Three of them originated in Iran and one in Russia, and they targeted a number of different regions of the world: the US, North Africa and Latin America.”

The report said that 93 Facebook accounts, 17 pages and four Instagram accounts, originating in Iran, have been closed. The social media giant has informed law enforcement, policymakers and industry partners of its findings.

“The Page admins and account owners typically posted about local political news and geopolitics including topics like public figures in the US, politics in the US and Israel, support of Palestine and conflict in Yemen,” according to Facebook’s statement.

It added screenshots of some of the offensive and false posts, including anti-Israel, anti-IDF and anti-US messages.

“The Page administrators and account owners typically represented themselves as locals, used fake accounts to post in groups and manage pages posing as news organizations, as well as directed traffic to off-platform domains,” according to Gleicher. “They frequently repurposed Iranian state media stories on topics like Hezbollah, conflict between Iran and Saudi Arabia, tensions between Israel and Palestine and Iran and the US, war in Yemen,” he explained.

The company also “removed 50 Instagram accounts and one account on Facebook that originated in Russia and focused primarily on the US. This campaign showed some links to the Internet Research Agency (IRA) and had the hallmarks of a well-resourced operation that took consistent operational security steps to conceal their identity and location,” according to the statement.

“We do see today Russia and Iran and China increasingly with more sophisticated tactics are trying to interfere in elections,” Facebook CEO Mark Zuckerberg told NBC Nightly News in an interview that aired Monday. “But part of why I’m confident going into 2020 is that we’ve played a role in defending against interference in every major election around the world since 2016, in France, in Germany, in the E.U. overall, in India, in Mexico, in Brazil.”

Although Facebook says it is making progress in removing abuse from its platform, it is an ongoing challenge, the company acknowledges.

The company continues to deny that it censors legitimate conservative and Christian news and pages.  Republicans in Congress are continuing to call for transparency from Zuckerberg, who so far, has denied any censorship.