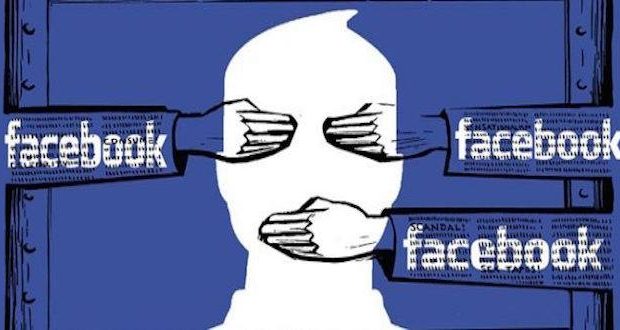 Facebook’s Sheryl Sandberg announced the company’s latest efforts to institutionalize the demands of 90 liberal organizations into the company’s “fairness” operations, including disturbing efforts geared toward the 2020 elections.

Leaders whose organizations are part of the Free Speech Alliance, a coalition of more than 50 conservative organizations committed to combating online bias and censorship, including the American Family Association, are speaking out against any censorship that would silence America’s conservative voices on social media even further.

“In what Facebook is calling its ‘Civil Rights Audit,’ conservative voices will essentially be further silenced, as the social media platform will partner even more with left-wing and liberal groups,” said AFA President Tim Wildmon. “Although this concerted effort is nothing new, it is certainly ramping up, and there is no attempt toward subtlety. That’s why, for many months now, the American Family Association has been telling our readers, radio listeners, families, friends and supporters that major social media outlets are finding ways to block the conservative and evangelical viewpoints. We encourage Christian conservatives not to rely on social media for truth, accuracy and fairness, but instead to find ways to get information directly from respected conservative sources.”

According to NewsBusters, Facebook’s audit announced a “Civil Rights Task Force,” led by Sandberg, “which will rely on third-party ‘civil rights expertise’ to make decisions. The task force will address all key departments of the business from content and partnerships to human resources and will exist to ‘ensure civil rights concerns raised by outside groups are escalated promptly to decision-makers so that they can be considered and acted on quickly.’”

“Sheryl Sandberg just announced that she is allowing the ACLU and 90 left-wing organizations to dictate nearly every aspect of Facebook’s policies,” Bozell said. “This will let the left dominate the most powerful social media platform on the face of the earth. That raises significant legal and statutory issues that should worry both left and right.

“Facebook hasn’t released the names of these groups, but the crux of their plans is clear—the influence of everything Facebook does from hiring more liberals to control of all content,” Bozell continued. “That goes so far as to include advertising, partnerships and control of the product itself. Now these left-wing groups have the power over every post a conservative makes. Facebook can’t be a free marketplace of ideas with the left controlling everything and the firm’s No. 2 overseeing and embracing all they are doing. The company getting in bed with these liberal organizations—especially in its efforts to prepare for the 2020 elections—should be deeply alarming to the conservative movement, Congress, potentially the FEC, and indeed all Americans. This was a big mistake on Facebook’s part. We hope they will rethink the decisions they have made.”

Wildmon noted that conservatives can sign up for information directly from AFA in several ways: