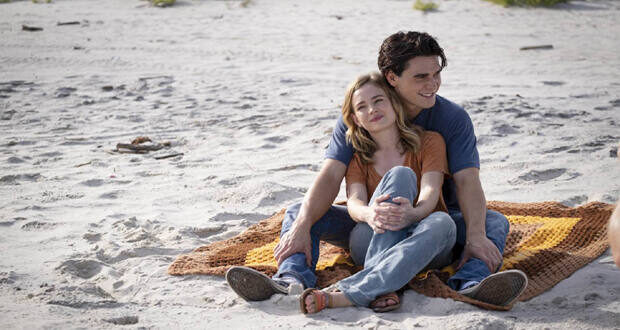 If last weekend was the final time that movie theaters are open for a while, the faith-based movie “I Still Believe” left a lasting impression.

“I Still Believe” was No. 2 at the box office over the weekend, according to Christian Headlines. The romance film is the true story of Jeremy Camp, a Christian musician, and his “journey of love and loss that looks to prove there is always hope.”

According to Box Office Mojo, the movie grossed more than $9 million in its opening weekend in more than 3,000 theaters. The movie was released by Lionsgate, which was the same team that created “I Can Only Imagine.”

KJ Apa, Britt Robertson, Shania Twain and Gary Sinise star in the movie based on Jeremy Camp’s romance with his first wife, Melissa Lynn Henning-Camp. She was diagnosed with ovarian cancer shortly before the couple married. Despite her dire condition, Jeremy married her in October 2000. She died 4-1/2 months later.

The musician created four emotional albums after her death and was nominated for a Grammy Award, as well as many American Music Awards, Apa, who played Camp, said the strong love story motivated him to play the Christian music star.

“Their love is seriously put to the test in this movie,” he said. “I hope after seeing the love between Jeremy and Melissa the audience can sit there and think, ‘Wow, I hope that I can one day be in love like that.’ I mean that’s what ‘I Still Believe’ is about: it’s about journeying through your biggest fears and disappointments and coming out still believing. I believe that anyone, everyone can relate to this film because it’s a story about love, loss and hope.”

Apa used his own vocals in the movie, despite being “terrified.”

“I’m super uncomfortable when I sing,” he said. “I went into the studio in Nashville — I did that first before we shot anything — and I think that really gave me perspective on the film. Having that sound and knowing what all that music is going to sound like before you go in is super important. It’s either going to boost your confidence and boost your morale or it’s going to be like, ‘Oh, man, that didn’t go so well, so what are we going to work with?’

“Luckily, it couldn’t have gone better. I think people are going to love it.”

2020-03-19
Lee Hartman
Previous: Saints QB Drew Brees to return in 2020 as he seeks to love God and others
Next: Online church attendance spiked last weekend as members watched from home