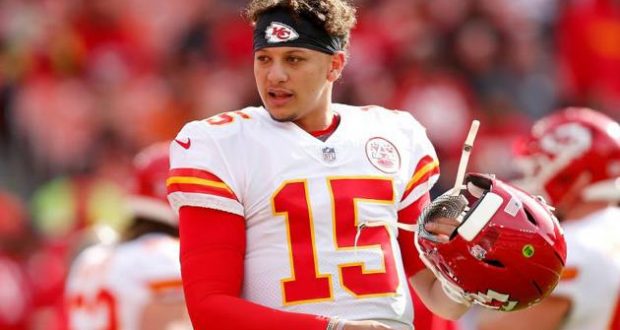 It’s hard to turn on the television, pick up a newspaper or even buy cereal these days without seeing the smiling face of Patrick Mahomes. The personable 23-year-old quarterback has been in demand not only locally but nationally since being named MVP of the National Football League in his first season as a starter.

This season, Mahomes has picked up where he left off, throwing for three touchdowns in the Kansas City Chiefs’ opening game against the Jacksonville Jaguars. How does he stay humble and grounded after enjoying so much success so early in his career? He credits his Christian faith, The Christian Post reported.

“This season was special, and there were a lot of people that helped me get to this point,” he said in accepting the MVP award in January. “First, I just want to thank God, because without him, none of this would even be here. Next, I want to thank my family. My mon and dad, my brother and sister, who aren’t here. And my rock Britney, who keeps this show rolling every day.”

As he tweeted out, “God is amazing!”

Mahomes was sharing his faith even before his performance made him a household name. “My faith has always been a big part of what I do,” he told FSPN last year. “I’ve grown up in church and it really helps, you know, why you’re playing the game and who you’re doing it for.

Although his parents are divorced, he enjoyed strong support from both while growing up in Tyler, Texas.

“In middle school, he got real involved with his youth group,” his mother, Randi, said. “He got saved. There was a night at church, he had his hands raised to the Lord and he was singing. I just felt overcome with this most awesome moment, more than any football game, because I knew where his heart truly is.”

READ: Mahomes says God was with him on the field during injury

Mahomes made the decision to be baptized in seventh grade, because as Randi said, he desired to “become a man in church”. He has stayed faithful through his college career at Texas Tech University and now, professional football. Regardless of whether he passes for 5,000 yards and 50 touchdowns as he did last season, he is likely to be a superstar in the sport for years to come, with a platform to reach millions.

“I want him to stay humble; that means a lot to me,” Randi told KSHB-TV. “I always encourage him to pray and to thank God for his blessings that he has and his abilities.”

As Mahomes promised Kansas City fans in his acceptance speech, “This is just the beginning. We have a long ways to go.”