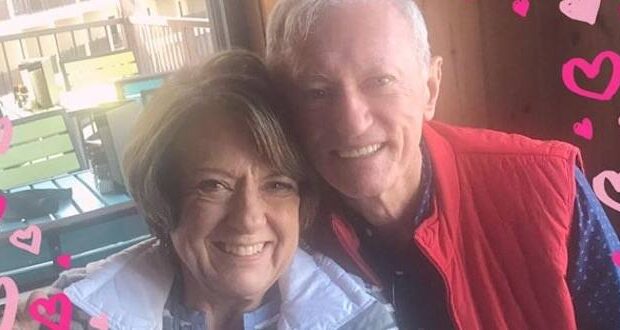 The wife of a Kansas man who died over the weekend of COVID-19 wrote about his suffering in anguished Facebook posts that describe how he went to two walk-in clinics and a hospital before doctors would test him for the coronavirus.

Dennis Wilson, a retired public school superintendent, died Saturday morning — five days after the virus test came back positive, she said. He was ill for more than two weeks before he died.

“The fight is over,” she wrote after her husband’s death. “I am absolutely heartbroken! It has been an indescribably horrible week of immeasurable suffering on the part of the love of my life and then certainly on the part of our three children and our 6 grandchildren who could only watch helplessly from a distance.”

Others across the country have complained about similar experiences with the coronavirus testing, or the lack of it. Some are questioning the guidelines put forth by Democratic Kansas Governor Laura Kelly and if they failed Wilson.

Wilson had flu-like symptoms for a week before going to an urgent care clinic on March 12, his wife said on Facebook.

She said her husband was “given the routine ‘go home, rest, and drink plenty of fluids.’ No testing.”

“On Friday evening we went to urgent care again, this time a KUMC urgent care,” she said. “Same thing ‘go home. ’However this time he was tested for influenza A and B, both of which were negative.”

Sunday night, Wilson went to the hospital. His oxygen level was low and he had pneumonia, his wife said.

“The doctor suspected (he) has Covid-19 although he didn’t meet the criteria for testing,” she said, adding that the doctor was “doing everything possible to push things through.”

She said the test was finally administered after he was transferred to the hospital’s ICU unit at another location.

The Star reported receiving an email from Luke Wilson after his father’s death. He said that just before his father got sick he was going to the Home Depot and tiling the bathroom floor.

“Dennis was technically elderly but pretty damn healthy for a man in his 70s,” the son said, according to the paper. “The virus is stealth, isolating and cruel; seemingly coming out of nowhere, infecting him early in the outbreak without high-risk exposure or travel. We were unprepared to handle this enemy and my beautiful father paid the ultimate price.”