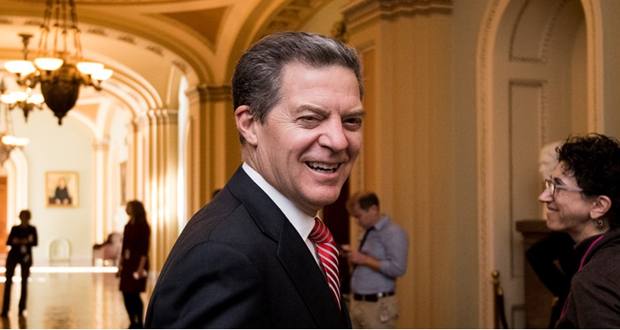 Former Governor Brownback to be honored with Mahatma Gandhi Award

Former Kansas Governor Sam Brownback will be honored for his work as U.S. ambassador-at-large for international religious freedom by the Hindu American Foundation (HAF).

HAF plans to give Brownback its Mahatma Gandhi Award for Advancing Pluralism.

The foundation says the award recognizes individuals or institutions that foster America’s “inclusive and pluralistic character.” It is named for the Indian leader whose commitment to nonviolent resistance became a model for the U.S. civil rights movement.

The foundation praised Brownback’s advocacy for Hindu minorities in Afghanistan, Pakistan and other Muslim majority nations.

Brownback is also a former U.S. Senator from Kansas, who once chaired the Senate Foreign Relations Committee.

President Donald Trump nominated Brownback for the position of U.S. Ambassador-at-large for International Religious Freedom, part of the State Department, which he has held since January 2018.

The position involves monitoring persecution and discrimination on a global scale through the Office of International Religious Freedom (IRF).