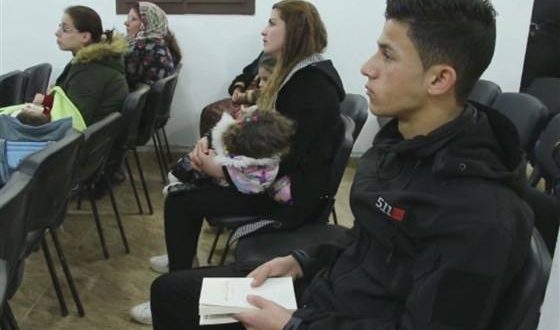 Farhad Jasim worships in the Church of the Brethren in Kobani, Syria

The recent announcement that the United States would withdraw its small contingent of just 2,000 troops from Syria has some Christians worried while others see room for optimism.

As the civil war ends, both Muslims and Christians find their lives returning to normal–or as normal as it could get in a countryside ravaged by war for 8 years.

But many people cannot return to a life of Islam after what they saw ISIS do in its name.

Four years have passed since the Islamic State group’s fighters were run out of Kobani, a strategic city on the Syrian-Turkish border, but the militants’ violent and extreme interpretation of Islam has left some questioning their faith. 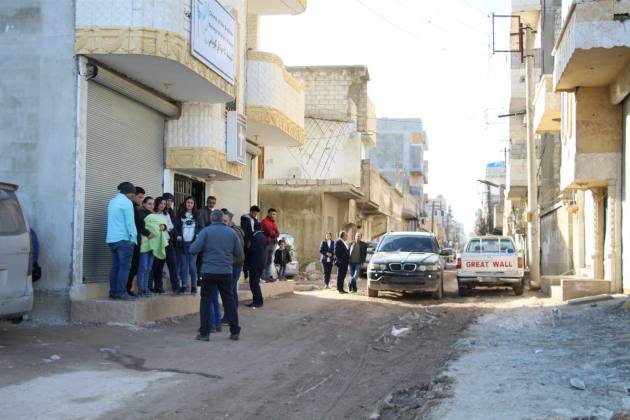 Syrians gather outside the Church of the Brethren in Kobani, Syria.

A new church is attracting converts. It is the first local Christian place of worship for decades.

“If ISIS represents Islam, I don’t want to be a Muslim anymore,” Farhad Jasim, 23, who attends the Church of the Brethren, said. “Their God is not my God.”

Religious conversions are rare and taboo in Syria as they are in most of the Muslim world. At best, those who abandon Islam are often ostracized by their families and communities. At worst, they’re killed–even in “moderate” Muslim nations.

“Even under the Syrian regime before the revolution, it was strictly forbidden to change religion from Islam to Christianity or the opposite,” said Omar, 38, who serves as an administrator at the Protestant church. (He asked for his last name not to be revealed for safety reasons. The church’s priest declined to be interviewed.)

“Changing your religion under ISIS wasn’t even imaginable. ISIS would kill you immediately,” he added. 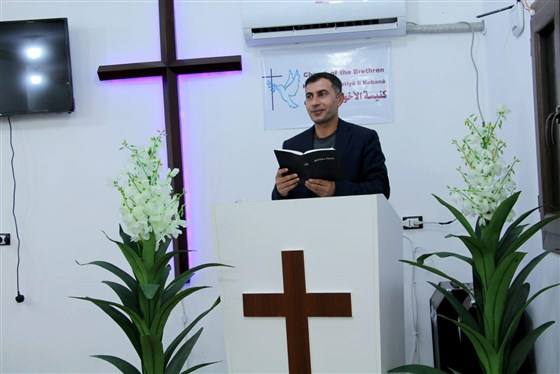 Omar reads the Bible at the Church of the Brethren in Kobani, Syria.

While residents are still dealing with the emotional scars left by the brutality of ISIS, Omar says many people in Kobani have been open-minded about Christianity. Some men have returned after having been forced to become ISIS fighters. Understandably, they did not want to talk publicly or disclose their real names.

“Most of the brothers here converted or come to church as a result of what ISIS did to them and to their families,” he added. “No one is forced to convert. Our weapon is the prayer, the spreading of spirit of love…”

While Islamic leaders around the world have publicly spoken against the extremists’ ideology, the fact remains that the Koran forbids conversion to Christianity and even in the most moderate and “western” Muslim societies, the penalties are severe and barbaric.

Still, that barbarism goes to0 far for even those Muslim scholars who forbid women from showing their hair, driving, or wearing make-up. In 2014, more than 100 Muslim scholars wrote an open letter to ISIS leader Abu Bakr al-Baghdadi saying the militant group has “misinterpreted Islam into a religion of harshness, brutality, torture and murder.”

It was a nice gesture but a PR stunt say some, who feel that the core of the Islamic faith itself is the problem, not the interpretation of a militant group that only made it more visible.

Syria, once almost 90 percent Christian before Islam took over in the 8th Century, is only a shadow of the important role it played in the early Gospel.

Only 4.6 percent of Syrians are now believed to be Christian, according to a report by the Aid to the Church in Need. The charity estimates that 700,000 Christians have fled the country since the civil war erupted in 2011, an exodus that has halved their proportion of the population.

He says he was jailed by ISIS for six months in early 2016 after the militants discovered he didn’t know the basics of Islam. He was like many Muslims and Even modern day Christians of his generation–Muslim in name only with no understanding of the faith. A “Cultural Muslim” much like in America people are “Cultural Christians” only showing up at church on Christmas or for Mother’s Day. 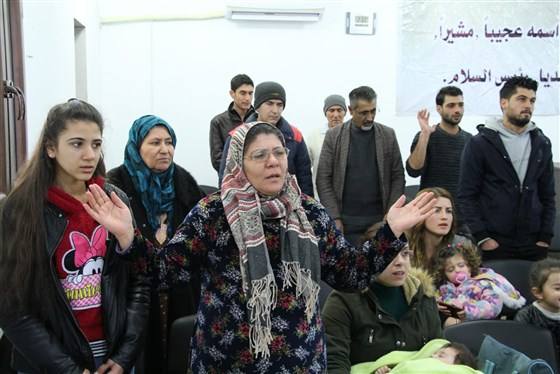 He says he was tortured in ISIS captivity and forced to read the Quran.

“After I witnessed their brutality with my own eyes, I started to be skeptical about my belief,” Jasim said, anger rising in his voice.

After hearing about the Church of the Brethren — which opened in September and is part of a denomination with its origins in 18th-century Germany — Jasim decided to visit and see for himself what it was all about.

“It didn’t take me long to discover that Christianity was the religion I was searching for,” he said.

But walking away from Islam meant his relationship with his parents and other family members was over.

Fighting back tears, Jasim says he hopes that his loved ones will not only one day forgive him for finding a new faith, but consider converting themselves.

Like Jasim, Firas also turned away from Islam after witnessing ISIS atrocities. He converted to Christianity around six months ago.

“ISIS members were terrorizing people and then going to the mosque to pray to Allah,” said Firas, 47, who is a farmer and asked for his last name not to be published for security reasons. “After their prayers, they would leave the mosque and terrorize people again.”

Firas, his wife and their three daughters lived under ISIS in the countryside near Deir ez-Zor in eastern Syria for two years.

Life under ISIS meant threatening and punishing anyone who was against the group’s beliefs, he recalled.

Firas said he witnessed civilians being held inside cages on public streets on hot summer days during Ramadan because they were caught eating or drinking; Muslims are expected to fast from dawn until sunset during the holy month.

“I saw men and young teenagers being whipped on the streets because they were caught smoking. I saw dead bodies of young men being thrown from high buildings for being gay,” Firas said. “This was their Islam.”

Firas says that while all of his relatives remain conservative Muslims, the brutality he witnessed in the caliphate was too much to bear.

“If heaven is made for ISIS and their belief, I would choose hell for myself instead of being again with them in the same place, even if it’s paradise,” he said.

Previous: Mid-winter music to keep you warm
Next: Patriots’ Devin McCourty relies on God the Father