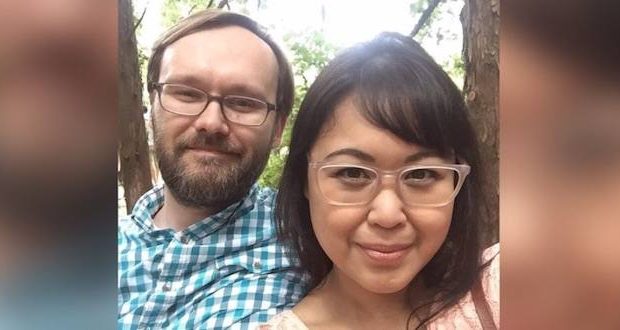 Esther Sevilla Guy and Daniel E. Guy carefully laid out a five-year plan to reach their goal of ministering to the unreached in Japan. They did  not expect that a demoralizing medical diagnosis and a battle with infertility would lead to an unexpected journey and a lesson in obedience.

The Guys met while attending Central Bible College in Springfield, Mo., in 2001. Both received bachelor’s degrees in Preaching and Evangelism before marrying and moving to Washington, D.C., to work as church planters.

In 2007, the Guys moved to the Philippines — where her parents had immigrated from — and the couple served on staff at a large church in Manila for 2½ years.

In 2009, the Guys returned to Springfield for Esther to obtain her Master of Arts in Piano Performance at Missouri State University. Daniel worked at the Assemblies of God national office in the discipleship ministries and social media departments at the time. Just as they prepared to leave for Japan in 2012, Esther received an unexpected diagnosis of lupus. The heartbreaking news disrupted their ministry timeline.

Esther began blogging during her first days with lupus to encourage those with the chronic disease and to educate others. She stopped blogging for a while, but then she and Daniel learned they couldn’t have biological children.

“There was never a moment during lupus where I felt like God didn’t love me or wasn’t with me,” she says. “But finding out I could not have children broke me. I had feelings of depression, that God abandoned me and was withholding good from me.”

Esther says she even wondered if God loved her — or if He existed.

“It was the first time in my life I had really wrestled with if I wanted to continue to be a Christian,” she says.

By that time, Daniel had joined the staff at at a Springfield church. She struggled to support him, while depression sometimes kept her in bed all day.

Then she experienced a breakthrough after Bible reading and prayer.

“I completely unleashed on God, telling Him exactly how I felt,” Esther recalls. “It was a very ugly prayer. I yelled at God.”

Subsequently, after rereading Scripture passages about God’s comfort and passing along that comfort to others, Esther began blogging again in 2018. She is currently writing her book about her journey with infertility and maintaining faith during hardships. She also meets monthly with a group of women from Central Assembly for “Priscilla Squad,” a friendship-forming group for married women without children.

“They are incredibly life-giving conversations,” she says, “We’re Pentecostal, so we can speak prophetically into each other’s lives just by having coffee and talking.” Women feel free to discuss anything, she says, but also to merely be friends.

Daniel, now director of young adult and college ministries at Central Assembly, says he and his wife have been able to mentor college students and other young adults.

“We are working to connect them to Christ in a deeper way,” says Daniel, 40. “We are helping them develop their ministry philosophies and preparing them for disappointments so it doesn’t wreck their faith.”

One student who appreciated the Guys’ transparency and discipleship is Kellie Dennis, who says she experienced a hard season after graduating from Evangel University in 2018.

“Daniel is an amazing teacher because he does his research and he’s able to explain things so well and go so deep but make them applicable,” Dennis says. “Esther shared her journey with lupus and her struggle with infertility and how that was a very dark season for her and how she questioned God.”

Dennis shares that during a year helping women at a safe house for sex-trafficking victims, the Guys’ stories constantly encouraged her.

“God has made us parents, not in the way we expected, but in a very beautiful way that I wouldn’t trade for anything,” Esther says. “I love the spiritual babies we have.”

Esther Guy, despite earlier struggles with carpal tunnel syndrome and tendonitis in both hands, now is an adjunct piano professor at Drury University.

Previous: Archaeologists discover ancient Jerusalem market on the path to the Temple
Next: Disney producer: ‘we’re trying to make this demon realm a part of Disney’