Home / Faith / Good news for Sudan’s Christians and their churches 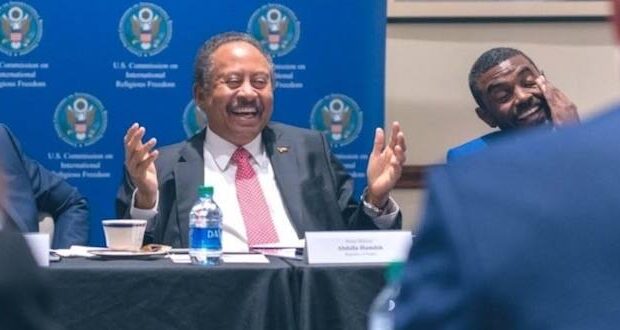 Sudan’s transitional government has abolished committees formed under the Islamist regime of former President Omar al-Bashir that were used to take over hundreds of churches and other Christian property.

“We are pleased by the Minister’s decree, given the role these illegitimate church councils played in the former regime’s persecution of Christians and the obstacles they continued to present to churches’ ability to represent their own interests to the government,” U.S. Commission on International Religious Freedom, Chairman Tony Perkins, said in a statement.

Advocates are hopeful that the move will lead to the return of church oversight to rightful church leaders.

VIDEO: 20 years ago, Sudan’s Christians were purposely starved to death

After the secession of South Sudan in 2011, Christian communities were left vulnerable to the implementation of a strict Islamic legal code under Bashir’s regime. Through the mechanism of church councils, properties were taken from organizations such as the Sudan Presbyterian Evangelical Church and the Sudanese Church of Christ.

As undue government influence was imposed on the churches, some pastors were arrested for their refusal to give up control of their denominations.

Since the Bashir regime was ousted last April, the transitional government has made vows to improve conditions for Christians in the country.

According to Morning Star News, a nonprofit devoted to covering the persecution of Christians worldwide, more legal action will be needed to regain some church properties lost under the authority of the abolished committees.

But the Rev. Yahia Abdelrahim Nalu, the head of SPEC, called the move a step forward. He told the outlet that most of the problems that occurred in churches affiliated with the two denominations and Pentecostal churches were caused by the church committees.

Last November, Mofreh reportedly told an Arabic newspaper that property confiscated by the former government would be returned to churches through court proceedings.

“By disbanding these church councils, the Sudanese government is returning agency to religious organizations and allowing them to conduct their own affairs.” USCIRF Commissioner Anurima Bhargava said in a statement. “We hope this decree serves as an important first step in extending full rights to long-persecuted religious minority communities, including the restoration of property seized by the former regime.”

The order comes two weeks after Perkins and Bhargava traveled to Khartoum where they met with Mofreh and Prime Minister Abdalla Hamdok among other religious and societal leaders from Feb. 26 to March 1.

It was the first USCIRF visit to Sudan after the fall of the Bashir regime. During the trip, Sudanese government leaders conveyed a “desire to bring a new era of openness and inclusivity to their country that suffered for 30 years under brutal and autocratic religious repression,” according to Perkins.

Hamdok and other transitional government officials met with USCIRF in Washington, D.C., during a visit last December. The visit marked the first time in three decades that Sudanese leaders had visited Washington, D.C.

The officials shared how they planned to expand religious freedom in a country that is ranked as the seventh-worst in the world when it comes to Christian persecution, according to Open Doors USA’s World Watch List.

During the USCIRF visit in late February and early March, Mofreh and Hamdok affirmed their commitment to improving religious liberty. They pledged to work with the U.S. and other international partners as the country implements additional reforms.

“This decree confirms our sense that while Sudan has many serious challenges ahead, its transitional leadership is sincere in its promise to implement concrete and meaningful measures to improve religious freedom conditions in the country,” Perkins said in a statement.

According to Morning Star News, Mofreh has said that he plans to issue another order in the future that would regulate relations between church leaders and government.

Prior to the order, the transitional government took some key steps to improve the religious freedom conditions in the country.

According to USCIRF Commissioner Johnnie Moore, Sudan finalized a constitutional declaration last year that no longer references Islam as the primary source of law in the country.

The law enabled punishments such as floggings of women for wearing pants or dancing. The BBC reports that in some cases, stonings and executions occurred.

The transitional government also said earlier this year that Bashir and two other ex-government officials responsible for the genocide in Darfur will have to face prosecution at the International Criminal Court in the Netherlands.

In December, the U.S. State Department removed Sudan from its list of “countries of particular concern” for egregious religious freedom violations. Sudan is now on the State Department’s “Special Watch List.”

Previous: Early American History you should know…but probably don’t: ‘In God We Trust’
Next: Christianity brought the world justice and freedom