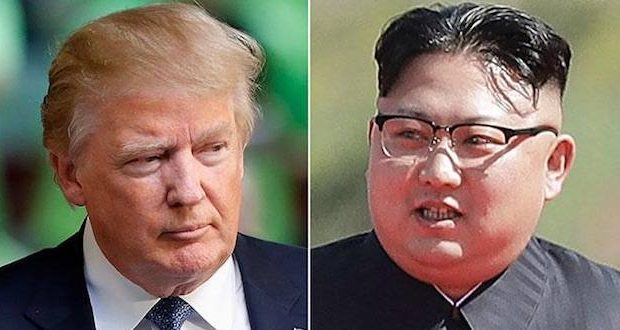 Trump told reporters he and Kim are looking forward to their meeting as reports say that the North Koreans brought a “plan” to the meeting, indicating they are ready for more substantive outcomes.

“We had a very successful first summit,” Trump said. “I felt it was very successful. Some people would like to see it go quicker but I’m satisfied. You’re satisfied.  We want to be happy with what we’re doing. But I thought the first summit was a great success. Hopefully, this one will be equal or greater than the first. We made a lot of progress  and I think the biggest progress was our relationship.”

At their first summit last June, both leaders signed the Singapore Declaration. The goal was to work toward complete denuclearization of the Korean Peninsula. However, it was just a framework lacking in details.

Trump and the US delegation are working to secure more commitments from Kim. The hope is that the temporary ban on nuclear testing will lead to a complete halt in nuclear goals.

Many Asian leaders are hoping for an official end to the 68-year-old state of war that still exists with the North. A peace treaty would officially end the conflict.

Before the summit, Trump hailed the earlier bans and return of hostages as an great success. The summit was well received by the American public and world leaders as a significant step in making the world safer.

Kim Jong Un is seeking relief from economic sanctions and observers say it’s important that the two come away from Hanoi with solid agreements and concrete steps.

Bruce Klingner, senior research fellow for Northeast Asia at the Heritage Foundation’s Asian Studies Center, said, “We need to have North Korea take the first steps to convince us to that they’ve changed their behavior, that they’re willing to come into compliance with the international community.”

Analyst Jonathan Schanzer from the Foundation for Defense of Democracies warns the US should be careful not to fall for North Korea’s tricks. In the past, Kim and his father convinced the West to lift sanctions, but once economic sanctions were lifted they resumed nuclear development and missile testing.

“If you look at history with our dealings with North Korea. It’s like the old Peanut’s cartoon. It’s like Lucy and the football. She holds the football and Charlie Brown comes to kick the field goal and falls right on his back. We have to make sure we can verify that they’ve denuclearized and they halt other activities whether it’s cyber or human rights violations. All those things that we’ve been concerned about with North Korea for all these years. We need to verify this stuff has stopped before we could give them what they’re looking for,” he said.

Vietnam is a strategic venue for this summit. Like North Korea, it’s a communist country. But unlike North Korea, it has experienced rapid economic growth and prosperity because it has embraced elements of free-market capitalism and friendship with the West. Trump says North Korea could have the same success as Vietnam.

“We both felt very good about having this very important summit in Vietnam because you really are an example of what can happen with good thinking,” Trump said.

He says North Korea would benefit economically if it gives up its nuclear weapons, tweeting: “Vietnam is thriving like few places on earth. North Korea would be the same, and very quickly if it would denuclearize.  The potential is… a great opportunity, like almost none other in history.”

Once enemies, Vietnam and the United States are now friends. One Vietnamese shopkeeper said he hopes his country’s example will prove to Kim Jong Un that peace and friendship with the United States can lead to economic prosperity. “Peace is good for business,” he said.