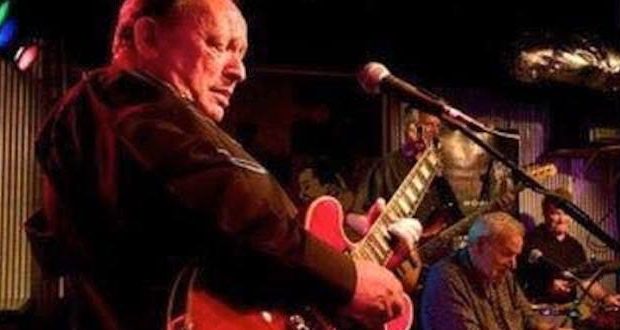 Jesus went to where people needed him most, not necessarily to the synagogues. Musician Carl Butler does the same. Butler is a honkytonk preacher at Knuckleheads Saloon in Kansas City, according to a story on KCUR radio.

“If a person’s got issues in their life and they need somebody to reach out to them, they have way bigger problems than whether or not they’re going to have a cocktail,” he said. “People go to a place like a Knuckleheads because they’re hungry for fellowship. I do a chaplaincy work among nightclub musicians, bartenders and waitresses and people who are not turned off by God. They may be turned off a little bit by mainstream church — they may feel awkward or not welcome.”

READ: Check out the latest concerts and events in our calendar

Wednesday shows usually begin with Butler and his band covering secular songs. Then they segue into gospel material to set the tone for a brief sermon.

“We lower the level of the music down, and either my wife Sharon or I give a brief three- or four-minute talk about life principles and how you can have a relationship with God,” he said.

One regular performer and attendee at Knuckleheads is Sara Morgan, a popular Kansas City based country singer. In her music video below, Morgan gave a nod Butler’s barroom ministry.

Although his career took precedence over his spiritual life, Butler said he “came back to a relationship with God” when he was in his mid-30s.