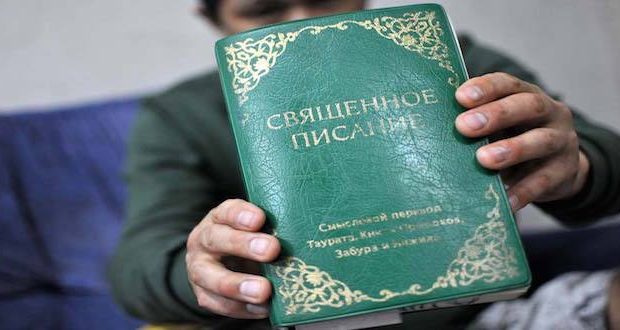 A former smuggler involved in the international drug trade impacting Central Asia has opened up about how he went from trafficking illicit drugs like heroin to secretly selling Christian literature in hostile nations.

The global persecution watchdog Open Doors USA recently highlighted the testimony of a man referred to only as Viktor.

Viktor, like many of his peers, left home in his 20s to seek a living for himself. However, the way in which Viktor found a way to make a living wasn’t exactly legal.

The career path that Viktor chose was drug smuggling, a gig that may have helped him pay the bills but also presented a substantial risk of imprisonment.

During his time as a drug smuggler, Viktor was placed in charge of an operation where drugs were smuggled from Tajikistan into his own state in Central Asia.

Since Viktor showed talent for successfully trafficking drugs, he was then given the chance to expand his operation into three countries by smuggling drugs over the Afghanistan border.

Despite Viktor’s success, it wouldn’t last forever. Viktor was arrested and jailed in 1996 when he was caught with nearly nine pounds of heroine.

In jail, Viktor began to suffer from mental anguish as his mind began to deteriorate and he became suicidal.

Viktor recalled that at the time, he didn’t know how long he would have to sit in jail. Eventually, he just did not want to live anymore.

According to Viktor, things began to turn around when one of his cellmates received the Gospel of John in a care package from his mother. The cellmate offered the Scripture to Viktor.

Although Viktor accepted the gift, it took him 10 days to open the book. When he finally did, he was a bit confused by some of the Christian lingo.

“Words like ‘the Word was first and the Word was God’ made no sense to me,” Viktor told Open Doors. “What did it mean? I put it away and stopped reading.” 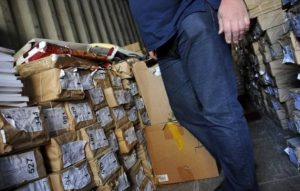 Victor now gets Bibles and Christian literature into the hands of new and would-be believers.

As Viktor continued to suffer from insomnia night after night, he gravitated towards the Gospel once again.

This time, Viktor’s attention was grabbed by the prospect that even he, with all the crimes that he has committed, could receive eternal life through Christ.

“Thinking about it, I really desired eternal life, even more than I desired to be released from jail,” Viktor said, adding that he began to feel God’s presence.

Viktor recalled crying out to Jesus for eternal life even though he wasn’t quite yet sure if Christ really existed.

“I continued reading in the Bible alone in my cell with no Christians around,” Viktor was quoted as saying. “It was just me and the book.”

Viktor noticed a change in himself as he began to turn away drug packages that were smuggled to him in jail.

“I made the decision to choose life and sent the drugs back,” he stated.

Even though Viktor’s mindset was changing, he said he was later diagnosed with some sort of disease. He says that doctors only expected him to live another year-and-a-half.

Despite the terrible news, Viktor displayed a sense of joy in the fact that he knew he would be going to Heaven. Viktor’s joy seemed to confuse some of the other prisoners and intrigued their interest as to what was bringing him this joy.

As the disease never got worse, Viktor would launch a church ministry inside the prison. Viktor and others would gather in groups for musical worship and prayer and Viktor would later be allowed by prison administrators to preach over the prison loudspeaker.

After his release from prison, Viktor attended a Bible college and also began working with drug addicts at a rehabilitation center.

Now, Viktor pastors a home church movement in his own community in Central Asia. Part of the ministry is funded by Viktor’s sales of salt and grain.

“We have so many secret things here. But we operate wisely and only let trusted people in our yard,” Viktor said. “The customers come to our barn and no farther. When people come for books, we close the gate or put a car in front of it. Neighbors cannot see what we are doing. And there is no reason to come and check. The only visible activity is our animal food we sell.”

The members of Viktor’s church also gather secretly to avoid government detection. Often, Viktor and members of his church will socialize with people in a nearby village and identify those who are seeking the truth about Christ. The church member will then go to those peoples’ homes and preach to them.

“If a lady asks about baptism, for instance, then we suggest going to her home to drink tea and talk a little further,” Viktor explained. “We use any opportunity to enter their homes to share the gospel.”

Viktor’s ministry is also sustained with the help of Open Doors, which operates in over 60 countries around the world to assist persecuted Christian communities.

Since the breakup of the Soviet Union, both drug trafficking and drug use throughout the region have seen a “tremendous increase,” according to an analysis published last March by George Washington University research professor Sebastien Peyrouse.

Previous: Awaken the Dawn is coming to Kansas
Next: A mom’s tips for raising a kind, compassionate man