Home / News / Iran releases 85,000 prisoners with half possibly having coronavirus 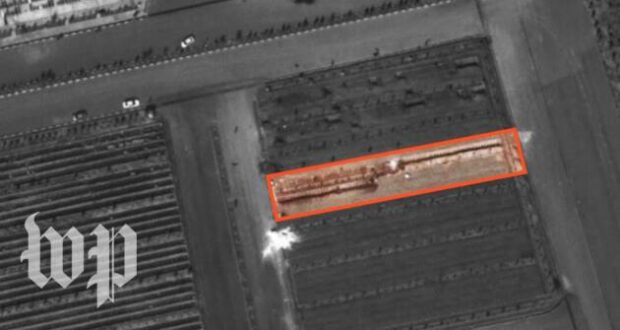 The Washington Post and other media around the world exposed this week the mass graves being dug across Iran.

Iran has released 85,000 prisoners with half of them possibly having the coronavirus. Iran is currently one of two epicenters for the virus outside of China. It’s overcrowded prisons, that hold individuals that have run afoul of the government’s strict Sharia law, have been a hotbed for the spread of the disease.

Now, world health organizations say those released prisoners could cause hundreds of thousands of new cases across the Islamic country. Iran itself has warned that “millions” of its citizens could die if the population does not abide by health regulations and travel bans.

The unprecedented move comes days after the United Nations special report on human rights in the country requested the government – at least temporarily – free all political prisoners from the deeply infested prisons.

It is expected that those freed will have to return, but authorities have yet to announce a date.

Not a single person unscathed by coronavirus

But for those still trapped inside, it’s beyond the stuff of nightmares. One prisoner, a 42-year-old male by the name of Meqdad, who shared only a first name for fear of retaliation, has been held at Tehran’s notorious Evin prison for two years. He said in a call over the weekend obtained by media outlets via the National Council of Resistance of Iran (NCRI) that not a single person in the facility appears to be unscathed.

“The situation here is that really we’re all ill, we are all having dry cough. We have a fever. There is no test kit for coronavirus or any test kits available. All we can do is try to reach the clinic by pushing and shoving,” he said. “And once there, the guards tell us there is no doctor or that the doctor is not coming, return to your ward or we will use force. If by chance, we happen to find a doctor, all they do is to aim their digital thermometer at us, without even approaching us.”

Meqdad said a number of inmates who contracted coronavirus were transferred to Masih Daneshvari Hospital and simply never came back.

“Hygienic conditions here are awful. Prisoners who are imprisoned for embezzlement or financial fraud have money. They can afford to buy disinfectants for themselves from outside the prison, but others and we, without that kind of money, cannot even buy alcohol to clean our hands; we do not have detergents to wash our hands with,” he lamented. “Prisoners are obliged to procure such products from outside the prison at their own expense, so only those who have money can do so. Those with no money simply have no means.”

Moreover, Meqdad – who decried the absolute lack of medicines and professional help even for those with drastic fevers – dismissed the official line that thousands of prisoners were being set free as “pure nonsense.”

“Only the prisoners who spy on other prisoners were given a furlough and their number does not exceed 10 people. The rest stay here in prisons on different pretexts,” he continued. “It seems that those whom the regime was unable to kill during November uprisings are being liquidated in the prison by coronavirus. They can eliminate whoever they choose, under the guise that the prisoner has contracted coronavirus, and the prisoner is taken away without anyone knowing about his whereabouts.”

Despite impassioned pleas from the likes of Meqdad for outside intervention, on Tuesday Iran International TV reported that the Iranian government this week denied a request from the World Health Organization (WHO) to access Evin prison.

Reports from the anti-regime organization the NCRI suggests that the coronavirus death toll in prisons alone has exceeded 1,000, with the next highest number of the lives lost in the holy province of Qom at around 300, followed by Tehran at 209.

Iran has endured one of the world’s worst outbreaks of the virus and has become what some leading experts are now referring to as the “epicenter” of the spread. Official numbers hover around 15,000 cases and 900 deaths.

However, leading experts and analysts have insisted that the real number is likely much higher – potentially tens of thousands of cases and more than 5,500 deaths nationwide. The disease, which originated out of Wuhan, China, late last year, has claimed the lives not only of Iran’s poorest, oldest and most vulnerable but has struck down many from its top echelon and political ranks.

“The rationale for a cover-up is regime survival. The coronavirus is only the latest in a series of crises enveloping the Islamic Republic,” added Jason Brodsky, policy director at United Against a Nuclear Iran (UANI). “Iran’s elected and deep states have a vested interest in maintaining the illusion of control.”