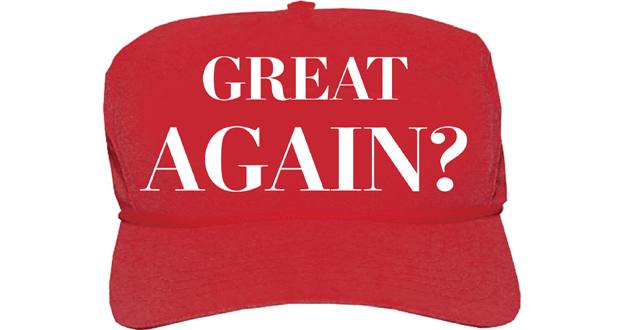 Donald Trump won the 2016 presidential election with his slogan “Make America Great Again” or “MAGA.” It was a slogan that resonated with many Americans. But why?

The quick answer is for eight years we had a president downplay American exceptionalism and tell American that high unemployment and stagnant wages was the new norm for America. While not exactly saying it, what he implied was that America was not great anymore, if it ever was. 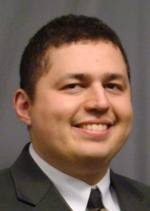 Lenin, the man who made Russia a communist (the difference between communist and socialist is that communists takeover by violence while socialists takeover by legislating) nation, understood the greatest enemy Marxism had was the USA. He knew in order to make America communist he needed to change a few things: the language, the culture, and the history.

The language change came from education as American institutions of learning were filled by Leftists (Marxist, Progressives, Socialist, etc.…). A change in culture was facilitated through Hollywood, NY Publishers, and the Media. The history got the change from social activist Howard Zinn (self-described as an anarchist and socialist), who was fired by African American college president Dr. Albert Manly for radicalizing his students.  Zinn rewrote American History from the Left’s view in his bestseller A People’s History of the United States for the distinct purpose of changing America’s perspective on itself.

He succeeded. Now students are indoctrinated as small children on why America was bad and not great. So, obviously, we now have adults who believe the same thing.

So was America ever great?

Now people get angry when they see a “MAGA” hat. They say America was never great. To these people, America is a great evil or as Islamists call it, “the Great Satan.” In order to understand if this slogan is valid, we must first know if America was ever great.

“America is great because she is good. If America ceases to be good, America will cease to be great.”

While we can read the works of Paul Johnson or Winston Churchill both British on the greatness of America. I wanted to point out another famous writer, Alexis de Tocqueville, who wrote another famous work, Democracy in America.

The Left controlled the revolution and steered it toward the Reign of Terror where it could be said the American Revolution comes from the Right. The Left was big on the State or what we call today big government.

He visited the plantation where he found he was not welcomed. (At this point, slavery exists mainly in the Americas, Spain, and Muslim controlled countries.) He saw the factories of the North which equally disgusted him. It was when he visited the churches of America that he learned the secret to America.

“America is great because she is good. If America ceases to be good, America will cease to be great.”

“Liberty cannot be established without morality, nor morality without faith.”

With this second quote, we can learn that de Tocqueville understood why the French Revolution failed. Remember, he said this about America in the midst of slavery, the horrible working conditions in the North, and the growing divide among our people.

Still he thought America was great despite all her faults.

What Americans today don’t understand is that every other nation at that time and before had one form of slavery or another at one time and many still practice it to this day.

Every nation had the poor, but the poor in America were different. They had opportunity. Opportunity plus the morality that comes from faith, which was rampant in the North and Midwest during the time of his visit, due to the Second Great Awakening which in essence created the American Dream.

In America, de Tocqueville saw a great nation, not a perfect nation. There is a great difference between the two.

America was great because America was godly. The Great Awakening that caused the colonists to see themselves as Americans. It was the revivals in the North and the Midwest (Second Great Awakening) that called for an outcry to the end of slavery. It was the revivals of D.L Moody and Billy Sunday that readied us for the coming battle against the evils of the 20th century (all the forms of Marxism: communism, fascism, Nazism, progressivism, and all other types of socialism.)

From the writings of our Founding Fathers from Adams to Washington, we learn that America was founded to be a Christian Nation. These are the very writings that most Americans never read and most certainly were never taught in school. True, one founder was an atheist – Thomas Paine. He quickly learned from the French Revolution how wrong he was in his stance of ridding America of the “crutch” of religion as he fled in terror for his life.

All you need do is turn on the TV or radio at any time of the day to see that America is no longer good. We turned our backs on God. We have made man (and in case of the left, the state) god.

We choose sports (hunting and fishing included) over church. We choose work over service to God, and self-gratification over self-sacrifice – becoming a nation of takers instead of givers. Having chosen leisure over work, we are no longer a nation of producers but of consumers. As a whole, our philosophy has become “You owe me,” instead of “I owe Him so much more that I can ever repay.”

America has lost its greatness.

Still, America can be great again. It starts with me and you. We must turn back to God, then lead others. That is revival, taking that which was dead and making it alive.

America can be great again. Not just politically and financially. In order for America to achieve greatness, America must be good. To be good, we must be godly.