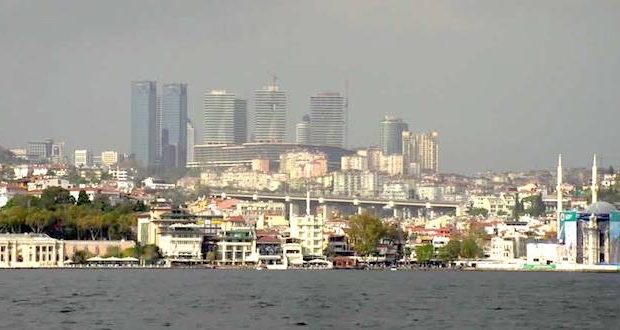 The Arab League on Saturday voted to “officially” oppose the peace plan put forth by the Trump administration. And while media outlets call the plan a failure, an announcement by Sudan about Israel tells otherwise.

Sudan, an Arab League member and past avowed enemy of Israel, has signed an agreement to begin normalizing ties with Israel.  The news comes after Prime Minister Benjamin Netanyahu held a secret meeting with Sudanese leader Abdel Fattah al-Burhan on Monday.

It’s the first major break of support for the Palestinian Authority of an Islamic nation since the peace plan announcement. Arab and other Muslim countries are anxious to secretly support the plan and move closer to the Jewish state.

As Metro Voice has reported, the news is just another example of how tired the Arab world is of the Palestinian war against Israel and, while voting together in the Arab League to oppose the plan, are secretly working for its implementation. 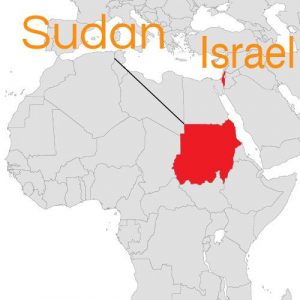 The agreement between Sudan and Israel is proof that even Islamic countries want to be on the side of Israel these days. It marks a dramatic shift in relations between Israel and the Islamic nation. Sudan is historically Israel’s enemy and went to war against the Jewish State during Israel’s 1948 War for Independence. Sudan also joined Arab armies in fighting against Israel during the Six-Day War in 1967.

What makes the announcement even more intriguing is that Israel and Sudan do not have official bilateral relations. The US and other Western countries have previously encouraged the two countries to improve relations.

Netanyahu’s office said in a statement that the prime minister “believes that Sudan is headed in a new positive direction” and he expressed these views to United States Secretary of State Mike Pompeo.

Meanwhile, Sudan’s leader wants to modernize his country and take it out of isolation. Sudan is eager to lift US sanctions linked to its support of terror.

It’s a smart move as Israel’s economy is booming and its technological revolution is improving the lives of hundreds of millions of poor across the African continent.

The Times of Israel reports that Burhan agreed to meet with Netanyahu because officials thought it would “accelerate” the process of being removed from the US terror list.

The country is working towards rebuilding its economy after deposing longtime dictator Omar al-Bashir last year. Burhan leads Sudan’s transitional government, a body of military officials and civilians that was established as a part of a power-sharing agreement after Bashir was overthrown.

Palestinian leaders said Israel’s improving relations with Sudan is a “stab in the back.”

“This meeting is a stab in the back of the Palestinian people and a blatant departure from the Arab Peace Initiative at a time when the administration of [US] President Donald Trump and Israeli Prime Minister Netanyahu are trying to liquidate the Palestinian cause,” said Saeb Erekat, secretary-general of the Palestine Liberation Organization, in a statement.

The Arab Peace Initiative was created in 2002 and calls for peace with Israel and the Arab states if Israel agrees to pull out of the West Bank. The plan also seeks to make East Jerusalem the capital of a future Palestinian State and allow Palestinian refugees and their children to return to the land. The plan was endorsed by all 22 states in the Arab League.

Netanyahu held the secret meeting with Burhan after visiting Uganda. Uganda’s president said he is a friend of Israel and is “studying” opening its embassy in Jerusalem.

Erekat also condemned Uganda’s embassy announcement and called on all member states of the African Union, including Uganda, to uphold their previous commitments to see the establishment of the Palestinian state with eastern Jerusalem as its capital.

Previous: Gov. Parson lends support to pro-life Missourians at rally
Next: Born at just 21 weeks, little Ellie a guest at tonight’s State of the Union