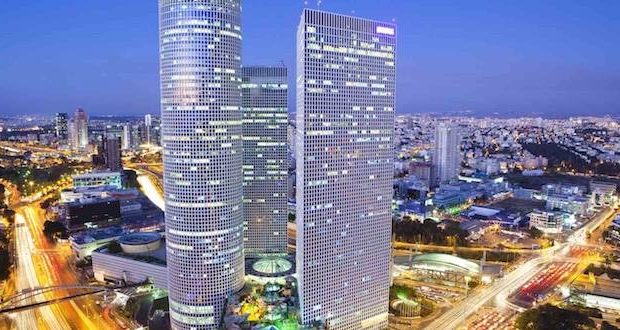 Israel, the country the United Nations loves to hate, has joined a group that includes the world’s most influential nations.

The Best Countries ranking, conducted by U.S. News and World Report in partnership with the BAV Group and the Wharton School of the University of Pennsylvania, recently placed Israel at eighth most powerful in the world based on a number of key criteria.

The report surveyed over 20,000 people from four regions around the world. Respondents were asked to associate 80 countries with five attributes: military alliances, international alliances, political influence, economic influence, and leadership.

Tiny Israel, a modern nation since its founding under United Nations auspices in 1948, beat nations with vast natural resources such as Saudi Arabia and Turkey as well as wealthy countries such as Canada and Switzerland.

The Untied States was crowned the most powerful country in the world, followed by Russia, China, and Germany.

In the overall score as a country, which included different measures such as quality of life, heritage, and cultural influence, Israel was ranked the 25th best country in the world.

Israel also made in impressive list on Time Magazine recently.

Israeli technology made the magazine’s  100 Best Inventions, which rank technology that has made the world “better, smarter and even a little more fun.”

The magazine says the inventions challenge “the way we live, work, play and think about what’s possible.”

To compile the 2019 ranking, Time solicited nominations over a wide variety of categories from editors and correspondents from around the world, as well as through an online application process. The contenders were evaluated “based on key factors, including originality, creativity, influence, ambition and effectiveness.”

Recent inventions and developments include:

ECOncrete is a provider of “high quality, cost effective” concrete products that develops sustainable concrete for building ecologically active infrastructures in coastal and marine environments. These products blend in with their surroundings and thus are less intrusive to marine ecosystems, Time said, listing the firm in its design category. “Instead of building concrete blocks, ECOncrete uses a technique known as bio-mimicry, relying on the shapes, textures and size of natural systems to dictate how the company builds its products,” Time wrote.

TytoHome, developed by Tyto Care, is a handheld device for on-demand, remote medical exams. It has attachments that can examine heart, lungs, skin, ears, throat and abdomen, as well as measure body temperature, allowing users to perform comprehensive medical exams and send the captured exam data to one of Tyto Care’s healthcare provider partners for diagnosis of acute care situations. Users can connect with a provider 24/7/365, no matter their location, according to the company. The device was selected by Time in its healthcare category.

ElliQ, a robot social companion for the elderly developed by Intuition Robotics, got a special mention by TIME, as it is “trying to address the issue of loneliness and isolation among senior citizens.”

Alice by Eviation Aircraft is mentioned in the sustainability section. The all-electric nine-seater craft seeks to cut planes’ greenhouse gas emissions. If successful, the craft, made with lightweight materials, could pave the way for larger electric commercial aircraft, Time said. It will begin flight testing in 2020.

Temi, the robot that rolls, was selected by Time in its Home category. The “butler on demand” includes a touchscreen, voice controls and sensors that allow it to autonomously navigate around the house.

Israel-founded Lemonade, an online insurer, also got a special mention, for its “giveback” policy. After insurance claims are paid, the firm pays out the leftover funds to charities picked by its clients.