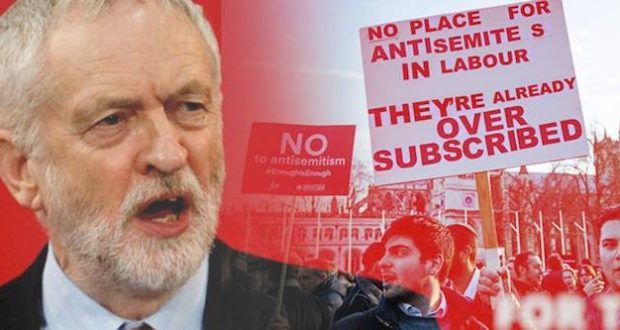 Jews around the world are breathing a sigh of relief after last week’s election in the United Kingdom that, in addition to focusing on Brexit, also pitted Conservative Prime Minister Boris Johnson against liberal socialist Jeremy Corbyn.

Johnson’s Conservative Party overwhelmingly defeated Corbyn’s Labour Party leaving the liberals at their worst showing since 1935. Conservatives won last least 358 seats, compared with 203 for Labour. But, for many British, the results were seen as a repudiation of Labour’s anti-Israel stands and, most importantly, ended the career of the notoriously anti-Semitic Corbyn.

Labour has been riddled with repeated accusations of blatant anti-Semitism from some of its top leaders, including Corbyn himself. The party is currently under investigation by the Equality and Human Rights Commission over allegations of anti-Semitism, and many Jews say Jew-hatred has proliferated at alarming rates under Corbyn’s leadership.

Corbyn said in a 2009 speech that the Hamas terror group is a “force for peace and social justice” and condemned Britain for making a “big historical mistake” by designating Hamas as a terrorist organization.

Corbyn campaigned for the release of Jawad Botmeh and Samar Alami, two men convicted for their role in the car bombing of the Israeli embassy and a Jewish charity in the UK. In 2014, he was accused of being present at a wreath-laying ceremony that honored terrorists linked to those who murdered eleven Israeli athletes at the 1972 Summer Olympics in Munich.

Corbyn denied these reports despite photographic evidence and said he was there to commemorate those who died in the 1985 bombing by Israel of the PLO organization in Tunisia.

Corbyn apologized in 2010 for hosting an event on Holocaust Memorial Day titled “Never Again For Anyone, From Auschwitz to Gaza.” During the event, speakers compared Israel to the Nazi regime.

Previous: UN schools for Palestinian children accused of teaching terrorism
Next: Need to amend a tax return? Here’s what you should know