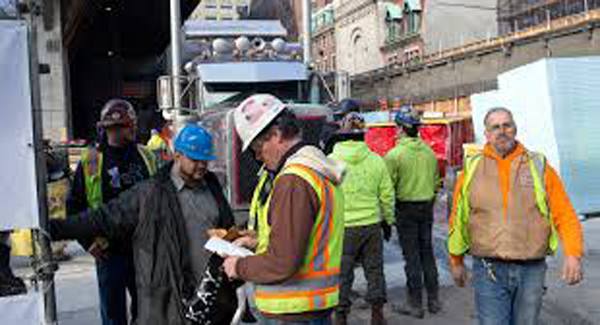 U.S. employers hired the most workers in 10 months in December while boosting wages, pointing to sustained strength in the economy. Nonfarm payrolls surged by 312,000 jobs last month, the largest gain since February, as employment at construction and leisure and hospitality locations snapped back after being restrained by unseasonably cold temperatures in November.

The upbeat employment report from the Labor Department on Friday stood in stark contrast with reports this week showing Chinese factory activity contracting for the first time in 19 months in December and weak manufacturing across much of Europe.

“The jump in payrolls in December would seem to make a mockery of market fears of an impending recession,” said Paul Ashworth, chief economist at Capital Economics in Toronto. “This employment report suggests the U.S. economy still has considerable forward momentum.”

In addition to the big job gains, wages jumped 3.2 percent from a year ago and 0.4 percent over the previous month. The year-over-year increase is tied with October for the best since April 2009. The average work week rose 0.1 hour to 34.5 hours.

The unemployment rate came in at a low 3.9%.

U.S. financial markets are projecting no rate hikes in 2019. In the latest signal that investors see little room for the Fed to lift rates any further, yields on 2-year U.S. Treasury notes US2YT=RR on Thursday dropped below the Fed’s policy rate for the first time in more than a decade.

U.S. stocks rallied on the employment report on Friday and extended gains after Powell’s comments.

Manufacturing also tuned in a solid 32,000 gain for the month, with the bulk of the growth coming from the 19,000 positions added in the key durable goods sector. The sector also saw a surge in 2018, with the 284,000 new positions representing a 37 percent rise from the previous year.