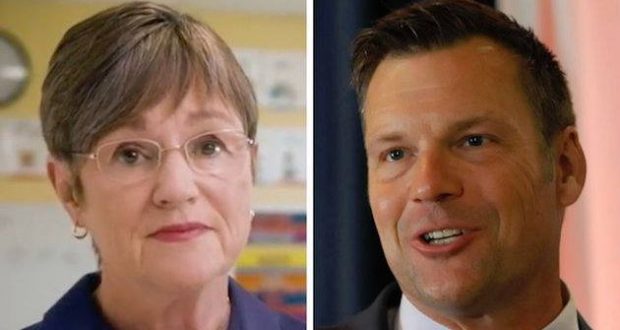 I have one word for Kansans straddling the fence in the contest for governor – redistricting.

2020 will be the year to draw the electoral map for Kansas Congressional and legislative districts after the 2020 Census. In this election voters are being asked to put that power in the hands of pro-abortion liberals like candidate for Governor Laura Kelly.

My question is basically rhetorical because there are plenty of others reasons why even moderate Republicans should support the team including Kris Kobach. Many of them are based on the fact that Democrat Kelly is a clone of Kathleen Sebelius and the evidence indicates that she is following exactly in Sebelius’ footsteps.

First, let’s talk about judges. Even perennial Republican moderate Lindsey Graham has seen the light when it comes to putting decent judges and justices on the bench. During Kathleen Sebelius’ time in office she packed the courts with an odious selection of political hacks, cronies and major donors. She loaded Kansas courts with an embarrassing crew of ideologues like Carol Beier on the Kansas Supreme Court and Kevin Moriarty on the Johnson County bench.

KANSAS VOTER GUIDE: CHECK OUT OUR OTHER STORIES HERE

In one year she appointed two leftists from the defunct Dennis Moore law firm to the Johnson County bench. So much for meritorious selection, and her last appointment to both the Supreme Court and the Johnson County bench came from the law firm of the chair of the Kansas Democrat Party. In other cases, where the choice was between two of her donors, the donor with the largest donation got the job.

But that’s mild in comparison to her greatest outrage. If you look on Laura Kelly’s website, you’ll find a spot where she celebrates being embraced by Kansas City Missouri’s sleazy underground political establishment. While this will be a major source of revenue for Kelly, this is not good news for Kansans.

Sebelius was also beholden to this same group and it was the driving force behind her biggest scandal. Sadly, unless you live in Lawrence or read the Lawrence Journal-World during that era, this will be news to you. The Kansas City Star conveniently failed to report on it, rather hiding this dark secret.

The essence of the issue was that Sebelius plotted to move KU Med Center’s profit center over to hospitals controlled by her Missouri benefactors under the guise of “creating new affiliations with hospitals on the Missouri side of the state line” (Rob Roberts, KC Business Journal 2007). In addition, the associated teaching elements would also join these “affiliations”.

David Adkins, a disgraced former Kansas State Senator who had previously been the subject of a Ralph Nader 50 States Project monitoring corruption and failed attorney general candidate was given the specious title of Vice Chancellor of External Affairs, apparently to deflect legislative concerns, However, his salary, some 50K below the normal vice chancellor, gave an indication of his true status.

All of this would have gone swimmingly were it not for Dolph Simons the publisher of the Journal-World. In a series of columns and original reporting done by his staff, Simons peeled layer after layer off the onion of what even he would come to publicly call corruption involving Sebelius and her staff. Illegal meetings were exposed and Irene Cummings, the CEO who had brought the hospital back from the brink of bankruptcy, resigned for a new job during the upheavel.

Thanks to Simons and the Journal-World the plot was foiled, but the Simons family no longer owns the Journal-World and the new owners do not have the ties and affection for KU and its affiliated institutions that he did. That raises the question now that Sebelius’ protégé Laura Kelly has made the same connections; will she once again attempt to “affiliate” the Med Center’s profit centers with her Missouri benefactors leaving Kansas taxpayers with the unprofitable remains?

Lump all of this in with a Democrat candidate for governor–Laura Kelly–who has swung wildly to the left, embracing the most radical pro-abortion stance among other favored issues of her party’s far left wing and Republicans of all stripes should have common cause in voting against her.

Finally, what about education? In one of her most hypocritical ad campaigns against Kobach, Kelly denounces him for his alleged plan to cut educational spending. Laura, the only time in recent history that educational spending went down was during Kathleen Sebelius’ administration and you supported the cuts.

2018-11-04
Dwight Widaman
Previous: Vote ‘NO’ on Amendment 1: Clean Missouri is dirty
Next: Man arrested in Synagogue trashing was a Obama campaign worker