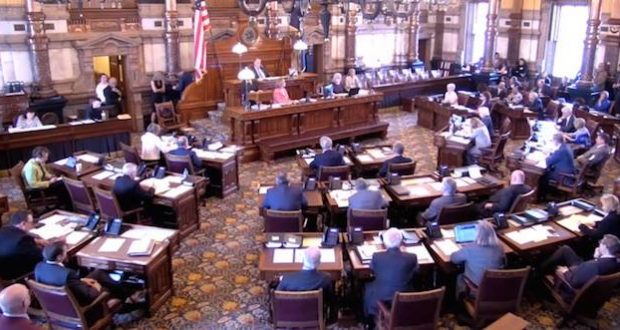 In a what is seen as a damaging rebuke to the abortion-at-any-cost policy of Gov. Laura Kelly, the Kansas Senate has overridden her veto.

She had vetoed a bill last week that required abortion providers to tell patients about a medication that reverses the effects of an abortion drug. The vote today was 27-13, just the two-thirds majority needed.

The House is expected to vote later today, and it also appears to have the two-thirds majority needed to override the veto.

Kelly said the bill is an unwarranted intrusion between patients and their doctors.

Critics of her decision say that the bill offered women more information so that they could make an educated decision should they decide against an abortion after having received an abortion-inducing drug.

Democrat Governor Laura Kelly vetoed the bill after it passed by more than two-thirds in both houses. But the legislature returns today in an effort to override the veto.

Mary Kay Culp, executive director of Kansans for Life, thinks it is only fair for women to know.

“Gov. Laura Kelly believes in a woman’s right to choose just not in her right to un-choose by changing her mind,” Culp told Metrovoicenews.com.

Measures like the abortion pill information bill ensure that women harboring doubts about ending their pregnancies will learn that they can stop a medication abortion after the first of two pills. Abortion-rights supporters say such mandates force doctors to present patients with dubious information.

Culp adds that “it’s kind of amazing” that opponents think democracy at the state level is just fine when states such as New York vote and cheer afterwards to allow third-trimester abortions.

“But when the states in the heart of America – be they Oklahoma, Kansas, Nebraska, Iowa, Missouri and Arkansas – vote exactly the opposite, they come sneaking in here to assert that there are rights to abortion in our 160-year-old state constitution based on their interpretation of the right to life, liberty, and the pursuit of happiness that are in those state constitutions,” she continues.

When they do that, Culp argues “they ignore the right to life and twist the right of liberty to get their desired result.”