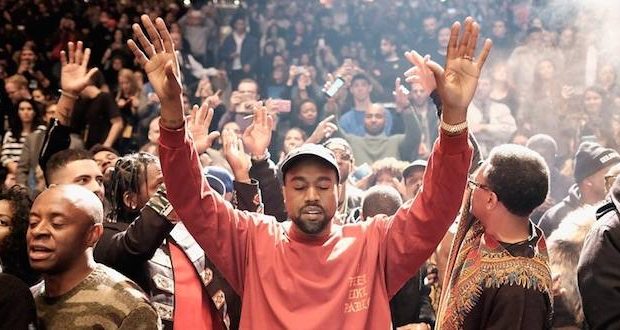 Kanye West released the much-anticipated album “Jesus is Born,” on Christmas Day. It’s the second Gospel album since the October release of “Jesus is King,” which reached #1 on the Billboard top 200.

An official press release naming West as the executive producer of the album also states: “The Service features gospel-inspired remixes of classic songs of different genres, and also straightforward choir-led gospel tunes. The mix of hip-hop and spirituality has drawn great crowds and continues to inspire globally.”

LISTEN TO THE NEW ALBUM:

Forbes Magazine describes the new Kanye album as “a rapturous, honest-to-goodness gospel album, a moving proclamation of faith and a reminder of what its creator can do when he gives his ideas time to incubate.”

The new album, “Jesus Is Born,” is already receiving rave reviews from old and new fans. Featuring 19 new tracks with titles like, “Count Your Blessings,” “Revelation 19:1,” “Balm in Gilead,” and “Satan, We’re Gonna Tear Your Kingdom Down,” there’s a little something for everyone on the new album.

Kanye West and the Sunday Service Choir have been making headlines with pop-up services at places like Coachella, Lakewood Church with Joel Osteen, and most recently at the Lincoln Center with a play called “Mary,” describing Jesus’ birth from the perspective of His mother.

Previous: Missionary shares 10 things Christians need to know about Muslims
Next: Little Women is faithful to the classic with a modern energy