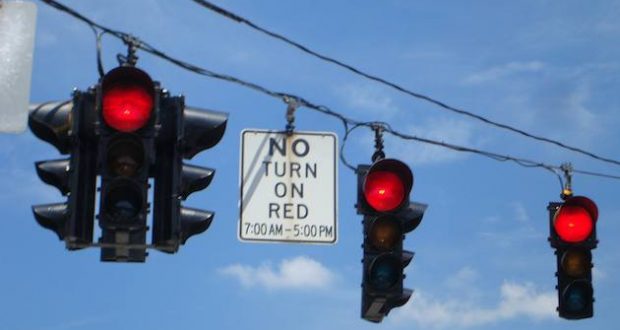 Sometimes drivers are not sure if turning right on red is permissible. Now, a bill in the state legislature would allow motor vehicles to turn left on a red light when turning onto a one-way street.

Missouri is one of a handful of states that doesn’t allow the traffic maneuver.

Rocheport Republican state Representative Chuck Basye says his proposal is a response to a constituent in mid-Missouri’s Columbia who continually gets held up at a red light.  “He said many times it’s early or late in the evening when he’s sitting there,” said Basye.  “And he’s got to sit there with no traffic and wait for the light to turn.  And it is a long light.  I’ve been there many times.”

The bill would allow for left turns during a red light when the vehicle is in the left-most lane on a one-way street turning onto another one-way street. 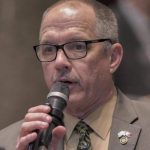 Representative Basye says his constituent has requested to have a driving option that already exists under different signal conditions.  “He would just like the option of what they do in many areas where they have a blinking yellow light with an arrow, where you can safely turn left on a blinking yellow light,” said Basye.

The measure would allow local authorities to prohibit left on red turns if safety conditions require it.  Basye says the driving procedure would be subject to authorization from the Missouri Department of Transportation (MoDOT).  “It’s subject to MoDOT’s approval to make sure it’s safe,” Basye said.  “We don’t want people just arbitrarily turning left on a red light anywhere.  MoDOT would set the places where this would be possible.”

The intersection in Columbia where Representative Basye’s constituent has complained of being held up turning left because of a red light is known as a “Diverging Diamond Interchange”.  According to MoDOT, the very first such configuration in the country was opened to traffic in Springfield in 2009 at the interchange of the Kansas Expressway and Interstate 44.  Numerous other Diverging Diamond Interchanges now exist within the state.  The one in Columbia is at the interchange of Stadium Drive and Interstate 70.

Missouri law doesn’t specifically prohibit left turns on red lights in its section on “Rules for traffic where controlled by light signals”.  It only describes conditions when a right turn on red is legal:

Representative Basye introduced the same proposal in the last legislative session this year.  The measure did not receive a public hearing and failed to advance.