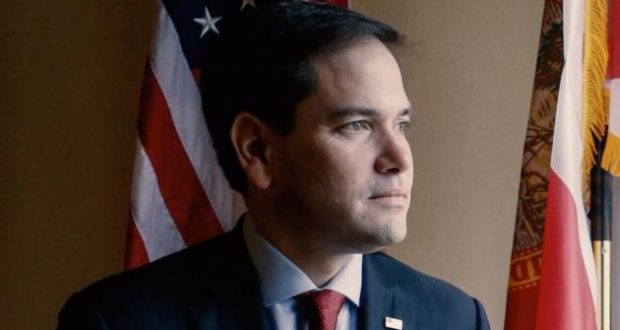 The United States Senate passed a measure Tuesday that would allow state and local governments to opt out of doing business with companies that advocate for boycotts, sanctions, and divestments (BDS) against Israel.

The legislation, which passed by a 77-23 vote, is meant to combat the global BDS movement and reinforce America’s strong ties with the Jewish state.

Sen. Marco Rubio (R-FL) sponsored the proposal and explained why he believes BDS is dangerous.

Related: THESE ARE THE TERRORISTS IN SUITS ORGANIZING BOYCOTTS AGAINST ISRAEL

“The goal of the Boycott, Divestment and Sanctions movement is to eliminate any Jewish state between the Jordan River and the Mediterranean Sea,” he wrote in a New York Times piece before the measure passed.

However, some Democrats view the legislation as a violation of First Amendment rights.

“This is a bad faith and disingenuous effort by Republicans to turn boycotts into a wedge issue, and to threaten Americans’ right to free speech,” said
Rep. Rashida Tlaib (D., Mich.), the first Palestinian-American woman in Congress. “Economic boycotts have defined historic social justice and human rights movements in the United States and beyond.”

Tlaib is known for her radical anti-Semitic statements and associations with people connected to radical Islam.

“I oppose it because it limits the right of individuals to express themselves,” Sen. Dick Durbin (D-Ill.) said prior to the vote, referring to the BDS provision. “I don’t think it’s anti-Semitic [to vote no]  It’s because of the Bill of Rights.”

However, Rubio says the bill has nothing to do with First Amendment rights.

“The Combating B.D.S. Act does not infringe on Americans’ First Amendment rights or prohibit their right to engage in boycotts. By design, it focuses on business entities — not individuals — and, consistent with the Supreme Court’s unanimous ruling in Rumsfeld v. Forum for Academic and Institutional Rights (2006), it focuses on conduct, not speech. Indeed, it does not restrict citizens or associations of citizens from engaging in political speech, including against Israel,” he wrote in The Times.

The legislation is part of a larger Middle East policy bill that asks President Donald Trump not to pull US troops out of Syria. It  also permits weapons transfers to Israel and increases U.S. defense cooperation with Jordan.