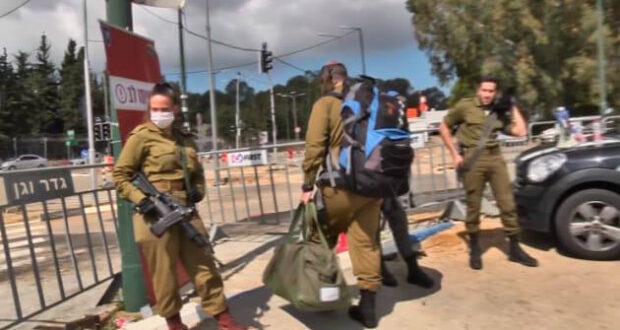 Recruitment of the IDF Combat Units March 2020, in the Shadow of the Corona Crisis | News 13

As the coronavirus pandemic spreads in Israel, its military (IDF) is preparing for a potential total lockdown. It would include a mobilization of eight battalions to aid authorities in enforcing the lockdown.

Israel’s Channel 13 reports that these battalions would carry no weapons, work with and supplement civilian police forces, with no judicial authority over civilians.

The IDF is also readying for a complete closure of the West Bank to prevent the possible spread of coronavirus into Israel. The Palestinian Authority, which has civil and security control over much of biblical Samaria and Judea, is struggling to help the Arab population. A lockdown of the West Bank, like in Israel proper, is seen as the only solution to protect its 1.5 million citizens.

VIDEO: An Israeli patient gives a look into quarantine

An IDF spokesperson stated, “The commands and instructions regarding the directions to IDF soldiers are accurate and clear and generally implemented in all military units.  The IDF works to enforce the mandatory commands and procedures. The IDF continues to do the necessary security, along with strict maintenance on the health of its members”. [translated from Hebrew]

At the same time, thousands of troops would be used to provide food and medicine to at-risk populations — particularly the sick and elderly.

The IDF Home Front Command would be tasked with aiding Israelis returning from abroad. They would be isolated in hotels, according to the guidelines of the Ministry of Health.

The IDF has also opened a coronavirus testing facility that can service hundreds of soldiers a day.

The military currently has 23 infected soldiers and 5,600 in quarantine.

Overall, 1,656 Israelis had been infected with coronavirus as of Tuesday. Three Israelis had died from the disease and around 30 were in serious condition.

The total lockdown is expected to be announced soon.