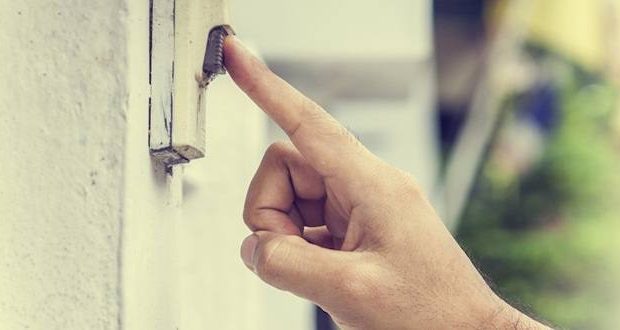 Millennial Christians not fond of evangelism

If the future of spreading the Gospel is in the hands of millennial Christians, evangelism in America is at risk.

Barna research reveals in a new study that about half of younger believers think it’s “wrong” to evangelize.

The report, “Reviving Evangelism,” commissioned by Alpha USA, examines the experiences of persons who share their faith and their attitudes toward evangelizing.

Nearly every practicing Christian believes that part of their faith is being a witness about Jesus and that the best thing that could occur for someone is to receive Christ, survey results in the study show.

Millennial Christians, those born between 1984 and 1998, say they feel equipped to share their faith with other people with nearly three quarters responding that they both know how to respond when someone asks faith-related questions and are gifted at sharing their faith. Such confidence is considerably higher than older generations, the survey found.

However, millennials may not be doing that much evangelism. A significant percentage regard it as at least somewhat “wrong.”

This despite evangelism being a central aspect of what is known as the Great Commission, where Jesus charged his followers in Matthew 28 to “go and make disciples of all nations, baptizing them in the name of the Father and of the Son and of the Holy Spirit, and teaching them to obey everything I have commanded you. ”

“Almost half of Millennials (47%) agree at least somewhat that it is wrong to share one’s personal beliefs with someone of a different faith in hopes that they will one day share the same faith. This is compared to a little over one-quarter of Gen X (27%), and one in five Boomers (19%) and Elders (20%),” the report reads.

“Younger Christians tend to be more personally aware of the cultural temperature around spiritual conversations. Among practicing Christians, Millennials report an average (median) of four close friends or family members who practice a faith other than Christianity; most of their Boomer parents and grandparents, by comparison, have just one.”

Increased cultural hostility to the gospel and conversations that bring people’s differences into focus make evangelism more difficult today than in previous decades, the analysis shows, as many older Christians do not appreciate the negative forces in society that demean sharing ones faith.

With regard to faith-sharing, 40 percent of millennial practicing Christians strongly or somewhat agreed with the statement, “If someone disagrees with you, it means they are judging you,” which was the highest by far compared to the other generations studied. Only 22 percent of generation X, 9 percent of baby boomers, and 11 percent of “elders” agreed.

For the purposes of the research “practicing Christians” was defined as those who “identify as Christian, agree strongly that faith is very important in their lives and have attended church within the past month.”

“To start, we must pass on resilient faith to Christian young people (this is also a form of evangelism), planning especially for the pivot point of the high school and college-age years,” said David Kinnaman, president of Barna Group.

“The dropout problem is real, and it has a chilling effect on the overall evangelistic environment. It is impossible to exactly trace the impact of lapsed Christians on non-Christians, but sobering to consider the ‘de-evangelistic’ clout of those who leave the faith.”

The data shows “enormous ambivalence” among millennials about sharing ones faith among millennials, he continued, emphasizing that Christians must persuade younger believers that evangelism is essential.

“Cultivating deep, steady, resilient Christian conviction,” Kinnaman concluded, “is difficult in a world of ‘you do you’ and ‘don’t criticize anyone’s life choices’ and emotivism, the feelings-first priority that our culture makes a way of life. As much as ever, evangelism isn’t just about saving the unsaved, but reminding ourselves that this stuff matters, that the Bible is trustworthy and that Jesus changes everything.”