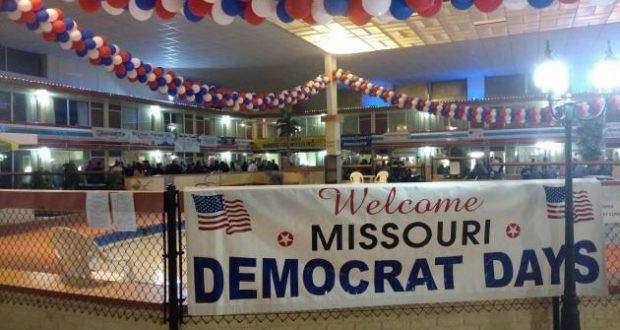 After a publicly painful battle, the Missouri Democrat Party narrowly approved a new platform — one including a last-minute amendment welcoming “a diversity of views” on abortion.

But while the addition earned relatively easy passage through the state committee, with a 32-25 victory according to an unofficial tally, it also set off a firestorm. Both some elected officials in the state and reproductive rights advocates said yesterday they were “furious” about what they saw as women being thrown under the bus.

Says state Representative Stacey Newman (D-University City), “Most of us who know about it are in an uproar.”

“I’m so angry,” says Alison Dreith, executive director of NARAL Pro-Choice Missouri. “I think it’s a slap in the face to the base voters of the party. And it’s sickening for the Missouri Democratic Party to put our lives on the line like this.”

The amendment was introduced by Joan Barry. A former obstetric nurse and former state representative for south county, Barry is herself pro-life. She serves on the platform committee and originally sought to introduce similar language there. But after losing that battle, she contacted the party’s chairman, Stephen Webber, to try again.

Webber says he was determined to trust the grassroots of party membership with drafting the platform — and wanted to take a hands-off attitude with any amendments as well. If people wanted amendments, he says, they needed to draft them themselves.

Mary Elizabeth Dorsey, the chairwoman of the St. Louis County Democratic Party, says that after talking to Barry, she sent a proposed amendment out over email on Friday afternoon. She claims she was personally not in favor of it, and thought the timing was in opposition to the party’s bylaws, but felt obligated to help Barry.

The email with the proposed amendment landed like a bombshell. Yet for many activists, its late arrival wasn’t nearly enough time to get to Jefferson City for the state committee meeting Saturday (especially since many were already committed to various immigration protests).

At the Saturday meeting, St. Louis Alderwoman Annie Rice, a state committee member, argued that if the party wouldn’t allow a “diversity of views” on labor issues, it shouldn’t allow them on abortion rights. But her argument failed (Rice withdrew the motion after making her point), and after an effort to delay the platform vote also failed, the amendment found passage.

Barry says the amendment’s success comes down to a simple fact: The party has plenty of pro-life members. And, she says, it could be more successful at the ballot box if more voters realized it.

“We’re tired of being treated like second-class citizens in our own party,” she says.

On the platform committee conference call, Barry says another member shouted at her, “I would rather lose an election than have pro-life Democrats.”

“That is crazy,” she says, noting her support for other key Democratic planks. “The way we feel about the elderly, the young, about education and labor — those are so important to me. And there are a lot of us who are like that.”

Newman, who currently serves in the statehouse, agrees with Barry only to the point that she acknowledges that a half-dozen pro-life members are within the House Democratic caucus alone. But she finds their position incredibly problematic, especially in light of the large volume of bills being proposed every year governing everything from contraception to whether a pharmacist can opt out of providing abortion-inducing drugs.

Several women publicly pledged on social media Saturday to no longer give any resources to the party. Speaking yesterday, pro-abortion democrats acknowledged there’s likely little that can be done to change the party’s platform for now. But they spoke about other alternatives, like working to fund organizations that support pro-choice candidates.

And they continue to feel betrayed. Says Dreith, “I think it’s even more ridiculous that the party was able to be very bold and include ‘Black Lives Matter’ in the platform. Do they think rural voters won’t be upset about that? We don’t let Democrats vote their consciences on right-to-work, equal pay, marriage equality. We shouldn’t let them vote their consciences on abortion either.”

Previous: Church elder steals up to $750,000 then may have torched building
Next: Media pushes false story on breastfeeding to attack President