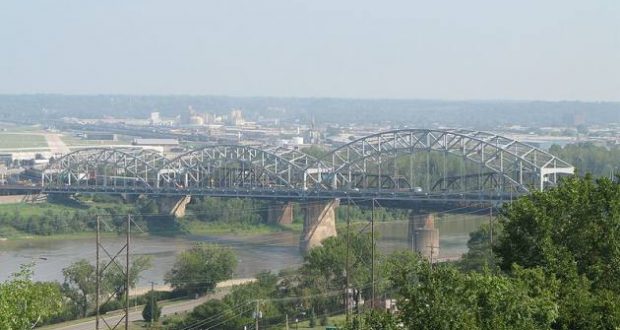 In his state of the state address, Gov. Mike Parson outlined some good news for a major local highway project and fans of Buck O’Neil.

“There is one more very special project that I am so proud to announce, especially in front of Mayor Lucas and our Kansas City delegation… we will build the Buck O’Neil Bridge,” Parson said, according to KCRG-TV in Jefferson City.

The governor outlined four main areas of focus for the coming year, which are “to propose initiatives aimed at building stronger communities, improving workforce development and education, revitalizing our aging infrastructure and making government more accountable.”

Workforce and education. His plan includes using a recently received $33.5 million preschool development grant to create “a more effective, high-quality early learning system.” Parson also announced that he and his administration are seeking a $750,000 investment that they would like to use to certify roughly 12,000 new high school students through the WorkKeys program.

Infrastructure. The governor called for investments in Missouri’s infrastructure during his speech. These include $4 million in disaster recovery funds and $50 million for the transportation cost-share program

Parson also offered a recap of 2019, emphasizing the state’s “major successes in workforce development and infrastructure.” Included in the mentioned successes were a $1.5 billion investment from General Motors and an $81.2 million grant to build a new I-70 Missouri River Bridge at Rocheport.

As for the Buck O’Neil Bridge, Parson said money has been moved around to make it possible. “Some of the money that comes in from up in north Missouri, freed up other money for the bridge proposals. That freed up a lot of money,” Parson said.

“And what I take is the governor at his word. And what he said is the state is going to assure the Buck O’Neil Bridge gets built,” Kansas City Mayor Quinton Lucas said.

The Missouri Department of Transportation said that combined, it has $235 million for the bridge. Cost estimates range from $180 million to $250 million, depending on how it’s built.

Previous: Pentagon gets request to build 300 miles of border security wall
Next: People triggered by Bethlehem response on ‘Jeopardy!’