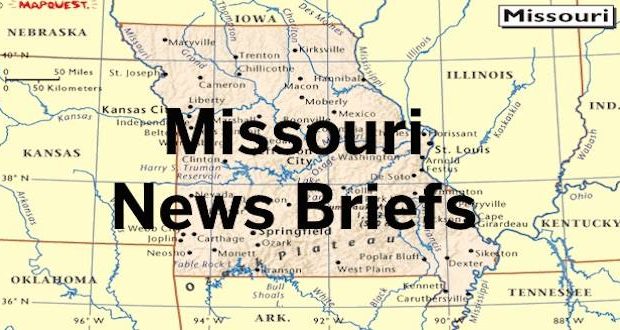 A married couple has pleaded guilty in a scheme in which southwest Missouri jail inmates tried to unlawfully land big tax refunds.

The Springfield News-Leader reports that 43-year-old Andre Garnett and his wife, 35-year-old Kenya Morris-Garnett, pleaded guilty Friday to conspiracy to defraud the government with respect to claims. The plea agreement says that while Garnett was incarcerated in Christian County, he and another inmate conspired to submit false federal tax returns with the idea that they would then rake in large tax refunds.

Morris-Garnett was not in jail but participated in the scheme from the outside.

Prosecutors have dropped charges — for now — against three St. Louis police officers accused of falsifying time sheets and getting paid for overtime they didn’t perform.

The St. Louis Post-Dispatch reports that a bench trial had been set for Monday for officers Michael Langsdorf, Emin Talic and Dan O’Brien. The decision to drop the charges was made after a judge denied a motion asking for more time to gather records. A circuit attorney’s office spokeswoman says the cases will be refiled.

Police used undercover surveillance of the officers’ homes during overnight hours they claimed to have worked in February and March 2017. Two of the three — and a fourth who was acquitted — lived on the same street in Arnold. O’Brien lived in Manchester.

University of Missouri officials say a broken water main caused more than $100,000 damage at the Hearnes Center, and that figure might increase.

The Columbia Daily Tribune reports the water main break in an exterior line happened on Saturday. It sent thousands of gallons of water and mud into the arena.

Missouri Athletics Department spokesman Nick Joos said the wood floor will have to be discarded. He says officials will have to determine what damage occurred under the floor.

The cause of the break has not been determined.

The Hearnes Center was the home of the Tigers basketball team until 2004, when Mizzou Arena opened.

It is currently used for university athletics and other events. The next scheduled event is an Oct. 5 volleyball match.

Parson is among Missouri Housing Development Commission members who vote on how much, if any, low-income housing tax credits are awarded to subsidize affordable housing.