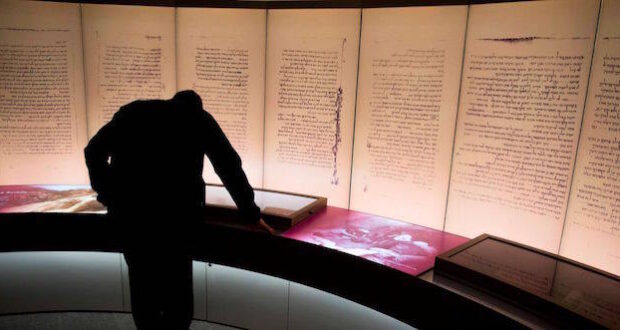 The Museum of the Bible in Washington, D.C., discovered on Friday that all 16 of its Dead Sea Scroll fragments are forgeries, National Geographic reported.

In a report spanning more than 200 pages, a team of researchers led by art fraud investigator Colette Loll found that while the pieces are probably made of ancient leather, they were inked in modern times and modified to resemble real Dead Sea Scrolls. “These fragments were manipulated with the intent to deceive,” Loll said.

Even before the new report, some scholars believed that most to all of the post-2002 fragments were modern fakes.

“Once one or two of the fragments were fake, you know all of them probably are, because they come from the same sources and they look basically the same,” said Årstein Justnes, a researcher at Norway’s University of Agder whose Lying Pen of Scribes project tracks the post-2002 fragments.

Since its 2017 opening, the Museum of the Bible has funded research into the pieces and sent off five fragments to Germany’s Federal Institute for Materials Research for testing. In late 2018, the museum announced the results to the world: All five tested fragments were probably modern forgeries.

“It really was — and still is — an interesting kind of detective story,” said Jeffrey Kloha, the Museum of the Bible’s chief curatorial officer. “We really hope this is helpful to other institutions and researchers, because we think this provides a good foundation for looking at other pieces, even if it raises other questions.”

The authentic Dead Sea Scrolls trace back to 1947, when Bedouin herders found clay jars in Palestine’s Qumran caves that held thousands of parchment scrolls more than 1,800 years old, including some of the oldest surviving copies of the Hebrew Bible.

Despite being purchased at four different times from four different people, the report finds that all 16 of the Museum of the Bible’s Dead Sea Scroll fragments were forged the same way — which strongly suggests that the forged fragments share a common source. However, the identity of the forger or forgers remains unknown. It’s possible that the fragments’ sellers were themselves duped when they originally acquired the pieces from other dealers or collectors.