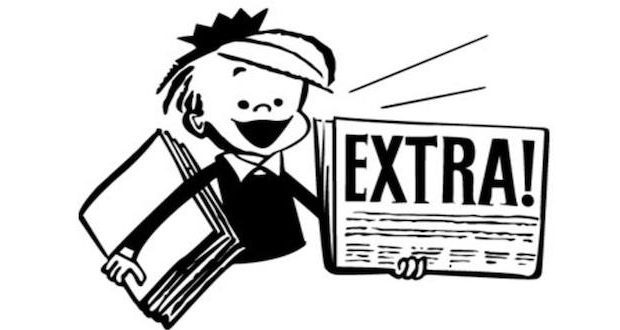 Biden, the brother of presidential candidate and former Vice President Joe Biden, told potential business partners that their health care startups could get more business through Joe Biden’s government and union connections, according to court documents.

The companies allege that James Biden and his associates stole the companies’ intellectual property and tried to bankrupt them through a fraudulent investment and loan scheme.

READ: The full story is HERE.

Portions of a Missouri law banning abortions after 8 weeks has been temporarily blocked by a federal judge. Other aspects of the law will go into effect this week.

Judge Howard Sachs said in his 11-page opinion that the Missouri Stands for the Unborn Act, or H.B. 126, cannot be allowed to go into effect on Aug. 28, as was previously scheduled.

“The various sections specifying prohibitions on abortions at various weeks prior to viability cannot be allowed to go into effect on Aug. 28, as scheduled,” Sachs wrote.

Missouri Right to Life President, Steve Rupp, stated that the decision was not unexpected.

“Judge Sachs has a history of ruling for abortion. Given that history, Missouri Right to Life is disappointed but not surprised by this ruling,” stated Rupp.

READ: The full story is HERE.

Deep in the  plan Sanders states his goal is to increase the media’s push for one of his top campaign slogans, Medicare for All, and to increase coverage of what he calls a “climate crisis.” Even with news reports mentioning climate change in just about every story, Sanders doesn’t believe newsrooms are doing enough to change public opinion.

A previously deported illegal migrant has pleaded guilty to strangling and drowning his ten-year-old cousin after attempting to sexually assault her in 2016 in Cherokee County, Texas.

Gustavo Zavala-Garcia crossed the U.S.-Mexico border illegally sometime after 2014. He was first deported for violent crime charges, after having arrested twice for assault that year. It is unknown when he again entered the country illegally.

Zavala-Garcia pleaded guilty on Thursday to murdering Kayla Gomez-Orozco, his cousin by marriage, in 2016 after the girl went missing, CBS Austin reports.

Court records released after the murder reveal gruesome details where Zavala-Garcia kidnapped Gomez-Orozco from a church service and sexually assaulted her. According to prosecutors, he struck the girl in the head with a blunt object, then strangled and drowned her.

The U.S. tax system could dramatically and fundamentally change if Democrats win the White House and Congress say economists. The party’s presidential candidates, legislators and advisers share a conviction that today’s income tax is inadequate for an economy and say Americans are not taxed enough, according to studies of their positions.

A review of plans finds Democrats want a European system that taxes assets instead of just their salaries and the income their assets generate. At the end of 2017, U.S. households had $3.8 trillion in unrealized gains in stocks and investment funds, plus more in real estate, private businesses and artwork. Democrats have stated they want to redistribute that wealth to low-income households.

The taxes are seen to hit middle-class Americans the hardest, though, who increasingly find they own things Democrat politicians consider luxuries like lake cabins, boats, trailers, and retirement plans. All could be subject to asset taxes.

Previous: Part of Missouri pro-life law blocked by judge
Next: ‘Overcomer’ opens in top 3 at theaters