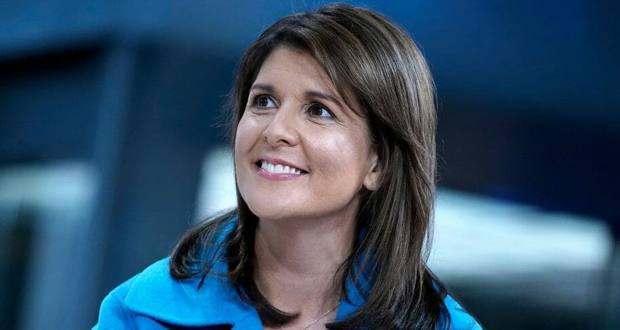 CBN News chief political analyst David Brody asked Haley, “What is your view, kind of spiritually, on the sovereignty of God and what He is doing exactly by putting Donald Trump as president of the United States?”

“Well, I think that it goes to show that everything happens for a reason, and the way I see it is look at the results of Donald Trump as president,” the former South Carolina governor responded.

Haley noted that Americans can look around and see more of their friends and family employed than ever before in the nation’s history.

“We are acknowledging real truths with a president that had the courage to move the embassy from Tel Aviv to Jerusalem,” she added. 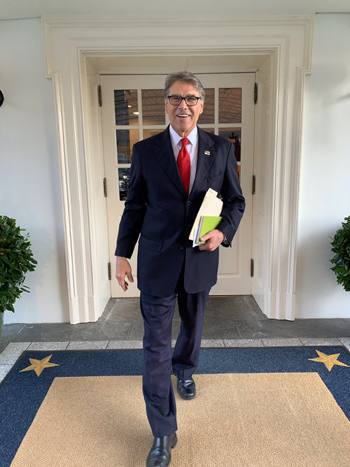 Outgoing Energy Secretary Rick Perry offered a similar observation in an interview that aired on Fox News recently about God ultimately being sovereign over who rises to power in countries.

“I’m a big believer that the God of our universe is still very active in the details of the day-to-day lives of government,” he told Fox News host Ed Henry. “Barack Obama didn’t get to be the president of the United States without it being ordained by God. Neither did Donald Trump.”

“God’s used individuals who aren’t perfect throughout history,” Perry went on to observe. “Donald Trump is not perfect.”

Perry noted some of the kings of ancient Israel recorded in the Bible, who also were not perfect, yet were chosen by God to lead their nation, such as Saul, David and Solomon.

“And I actually gave the president a little one-pager on those Old Testament kings about a month ago,” the former Texas governor said.

“And I shared it with him, I said, ‘Mr. President, I know there are people that say you know you said you were the chosen one.’ And I said, ‘You were.’ I said, if you’re a believing Christian you understand God’s plan for the people who rule and judge over us on this planet in our government.”

Perry recounted that every Wednesday morning there was a cabinet Bible study at the White House.

He named some of those who participated, including Agriculture Secretary Sonny Perdue, Housing and Urban Development Secretary Ben Carson, Health and Human Services Secretary Alex Azar, Education Secretary Betsy DeVos, and Acting Director of the Office of Budget and Management Russ Vought.

Perry led Trump’s cabinet in prayer in his last meeting as Energy Secretary.

In a June interview, Brody, who co-authored the book “The Faith of Donald Trump” told The Western Journal, the president is “surrounded by a whole bunch of Christians, whether it be Paula White and many of the pastors that are around him on a consistent basis.”

“God has a master plan here for Donald Trump, for you, for me for everyone.”

“I think God calls all of us to fill different roles at different times and I think that He wanted Donald Trump to become president, and that is why he is there,” Sanders said.

Following Trump’s election in 2016, evangelist Franklin Graham also expressed his belief that it was God’s divine will for Trump to be president.

“I believe God’s hand was in it,” Graham told Fox News. “I’m not a Republican nor a Democrat, I’m just a follower of the Lord Jesus Christ.”

The evangelist held prayer rallies at every state capital in the U.S. in advance of the 2016 election.

Graham said, “I could tell as I was going across the country that God was getting ready to do something” to change the direction of America.